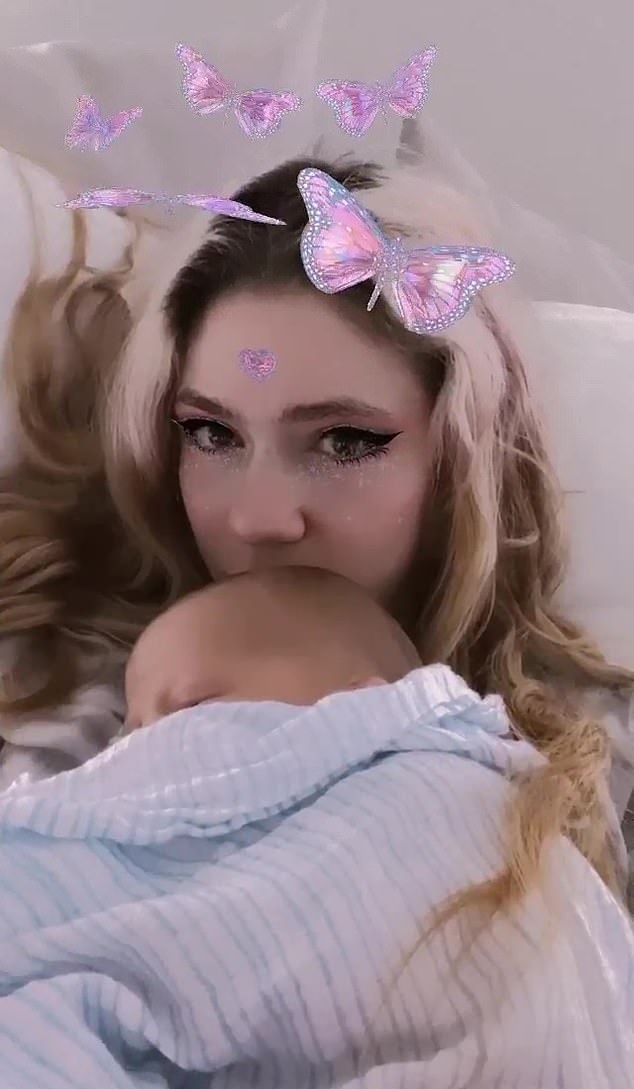 Grimes and her billionaire love Elon Musk have had to change their baby son’s bizarre name after it was found to be in violation of California law.

Now the 32-year-old singer revealed in her Instagram comments that the baby’s name is now written X Æ A-Xii, substituting in the Roman numerals signifying ’12.’

The reveal came after an Instagram commenter asked: ‘Did you change the baby name because of Californian laws ? What is the baby’s new name?’

‘Roman numerals. Looks better tbh,’ wrote Grimes, to which the commentator who asked the initial questions wrote: ‘you aren’t allowed to have numbers in your name so she replaced the numbers with Roman numerals.’

Grimes, a Canadian singer whose Christian name is Claire Elise Boucher, wrote: ‘one dash is allowed.’