Home Lifestyle Only The Living Can Praise God – Pope Emeka Oparah Reflects On... 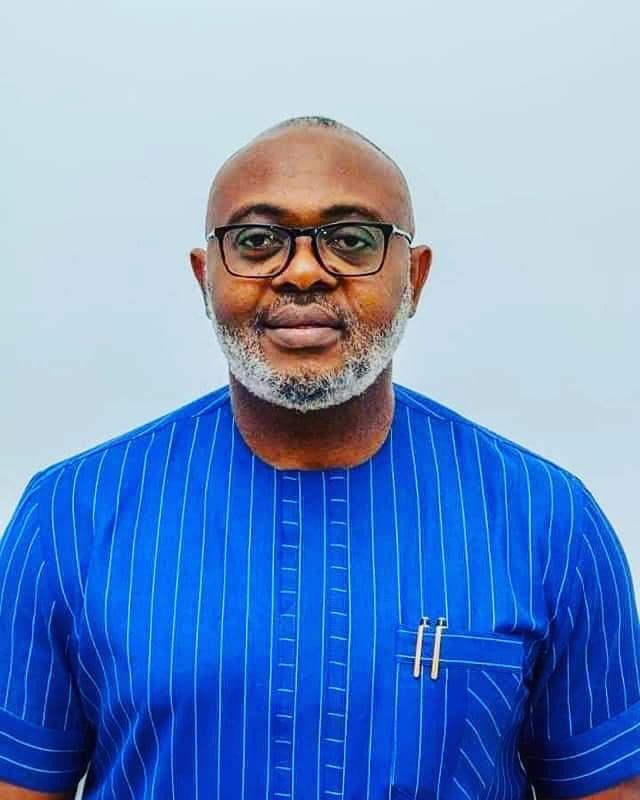 Only the living can praise God!!!

Birthdays are usually sober moments for me. I don’t celebrate birthdays as a habit, but I usually thank God specially for seeing me though another year. And why not, with the peculiar circumstances of living and surviving in this part of the world. As a matter of fact, I feel a double paroxysm of sadness and joy. Joy, because I’m alive and healthy, but sadness, because the older one gets the closer one is to one’s grave.

It’s also a moment to remember the less privileged who are dealing with the misfortune of poverty and diseases. Of course, I remember my age mates who couldn’t make it to our birthday not because they didn’t want to but somehow couldn’t make it, unfortunately.

Then, again, I remember some peculiar moments in my life when the Great Architect of the Universe, in His magnanimity, decided to be exceptionally gracious to me. I want to share a few of those moments ahead of tomorrow.

In 1975, I was in Primary 3. We lived not too far from my school and so I usually walked to school with my mom, who was a teacher there. As we walked past one very tall coconut tree, this very morning, a coconut fell and landed on my right frail shoulder! I fell down from the impact. My mom grabbed me screaming thinking it struck my head. But no; God didn’t allow it. I still remember the celebration in our house that day after school! And I also imagine what would have been, had the coconut rather hit my big but infant head.

Fast-forward to 1994. I travelled with my girlfriend (now my wife), one of my younger brothers and a very good friend and classmate, Anicetus Ekpendu, to Ibadan-to visit one of my brothers-in-law to be. It was during the Africa Nations Cup tournament. We left Ibadan a bit late and so I was speeding a bit more (than usual) so we could watch the match in Lagos. At Sagamu, the contact set of my official car, a Volkswagen Santana, started acting up. We had to get a mechanic to fix it. Being a Sunday, it was difficult but we found one, luckily, who sorted out the car and we sped off. That was when it happened:

I overtook three cars and came back into my lane because there was a slow truck on the speed lane and a Danfo bus on the right lane. This was about 7:15pm. The Nigerian match was already underway and I was getting a bit impatient. As soon as the truck left the speed lane, the Danfo overtook it and I followed. I took the lorry and took the Danfo and lo and behold a huge tire on the road in front of me. I had a split second to make a decision. I couldn’t go off the road because the right shoulder was rather deep, rough and dangerous. Turning left meant crashing into a speeding vehicle. I decided to hit the tire.

I remember screaming JESUS!!! as I struck the tire. I felt us fly up and down we landed on all four tires and into the nearby bush. The car stopped in the bush and we all came out unscathed. We ran out of the bush as other cars stopped to rescue us. They were shocked to learn I was the one driving the car! The only damage to the car was the gearbox. In a flash, a tow-truck arrived and mercifully towed us back to Lagos-for free. He told us he saw us fly up and was shocked to see weren’t hurt.

In 2013, just between Queens College and An Barracks, Yaba, I was attacked by armed robbers. This was the second time. The first was in 2011 at the exact same spot, when they took my Mercedes Benz E-240. This time, they wanted my brand new official car, a Toyota Landcruiser. After dispossessing me of my phones, wristwatch and cash, they wanted to take the car. For some reason, the car refused to start. They felt I was playing games with some demobilizer and beat me black and blue and the gang leader gave them orders to waste me.

I made the sign of the cross, shut my eyes and said my last prayers and waited for the bullets to hit me. After about 15 seconds, I opened my eyes and begged the chap with an AK-47 aimed at me not to kill me. Meanwhile, their boss was screaming at them to “kill the bastard, waste him!!!” The guy lowered the guy, corked it or something like that but walked away into their car leaving me shaking like a leaf! Abba Kyari’s boys came to my rescue like they did in 2011. They also caught the boys like they did in 2011.

Now, here’s the best part: In 2015, 15 years and 4 IVFs after we got married, God mightily blessed my wife and I with our twins, Muna and Tito, the best thing to ever happen in my life. I still cannot explain it but I’ll sing His praises till my last breath.

Indeed God has been good to me. He has been merciful and gracious in spite of my imperfections. Of course, I’ve also had low, difficult and challenging moments but this is my birthday, my dear friends. So, I’m keeping it positive and giving thanks to my Maker for all He’s done for me-and still going to do for me.

I’ll sing unto the Lord, a joyful song,
I’ll praise His name
For the Lord is Good!

Let me close by pleading with all my friends to continue to observe every sensible safety measures against the insidious coronavirus. Especially, wear a mask when you’re not with members of your immediate family.