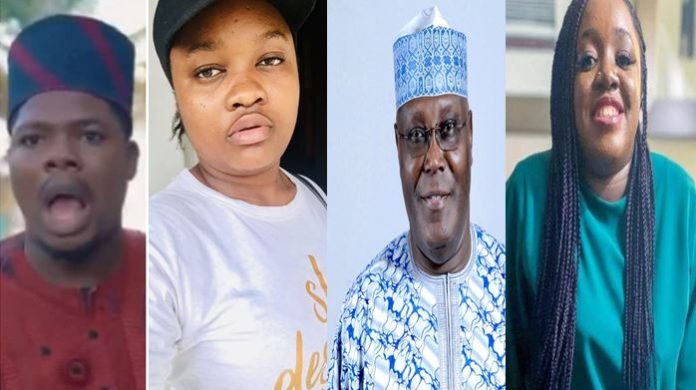 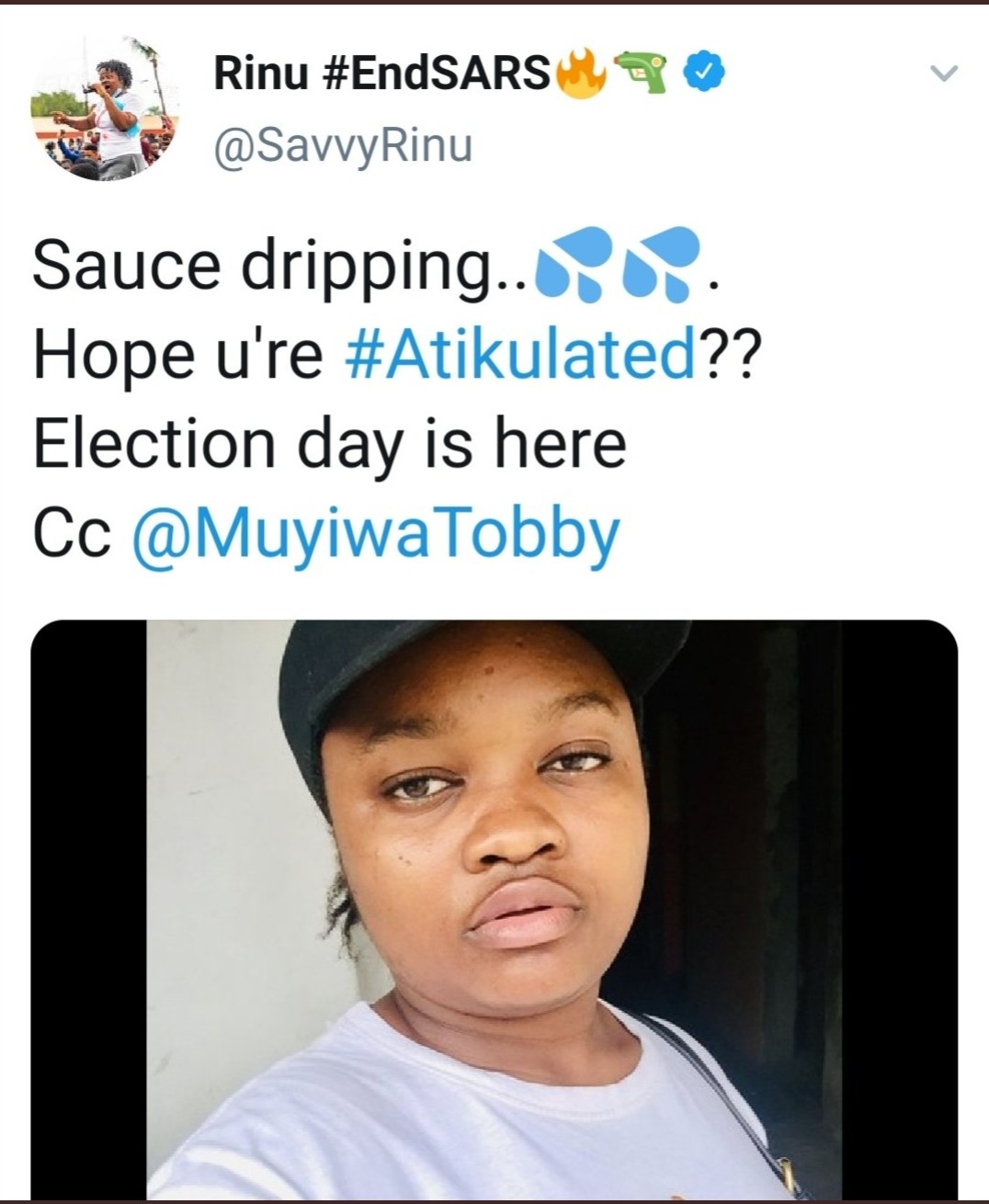 The trio are among prominent figures at the forefront of the #EndSARS protest aimed at ending police brutality and excesses of operatives of the now-disbanded special anti-robbery squad (SARS).

But in a Twitter thread on Sunday, Atta shared screenshots of past tweets made by the three individuals wherein they could be seen expressing their support or interest for Atiku.

He also accompanied his posts with terse comments wherein he questioned the credibility of the activists who claim to be championing the course for good governance in the country.

In one of the tweets, Rinu, one of the youth representatives on the Lagos state judicial panel of enquiry into police brutality, openly campaigned for the former vice-president.

“I still believe in Atiku. #Atikulated. AsoRock by May 2019,” she had written in the now-deleted tweet.

READ ALSO:Watch Moment Professor is attacked By Thieves While On Zoom Class As His Students Hurriedly Called The Police

In another tweet, Mr Macaroni, a social media comedian, can be seen commending the former presidential candidate while also asking if he could send his account number.

“Fantanbulous! Your excellency, sir, I am thinking that I should send my account number. So you can freaky it up. #Youaredoingwell,” he had replied to a tweet by Atiku in February this year.

In the same vein, Odele, a member of the Feminist Coalition, whose passport was seized by the Nigeria Immigration Service (NIS), also appeared to be rooting for Atiku in a 2014 tweet. 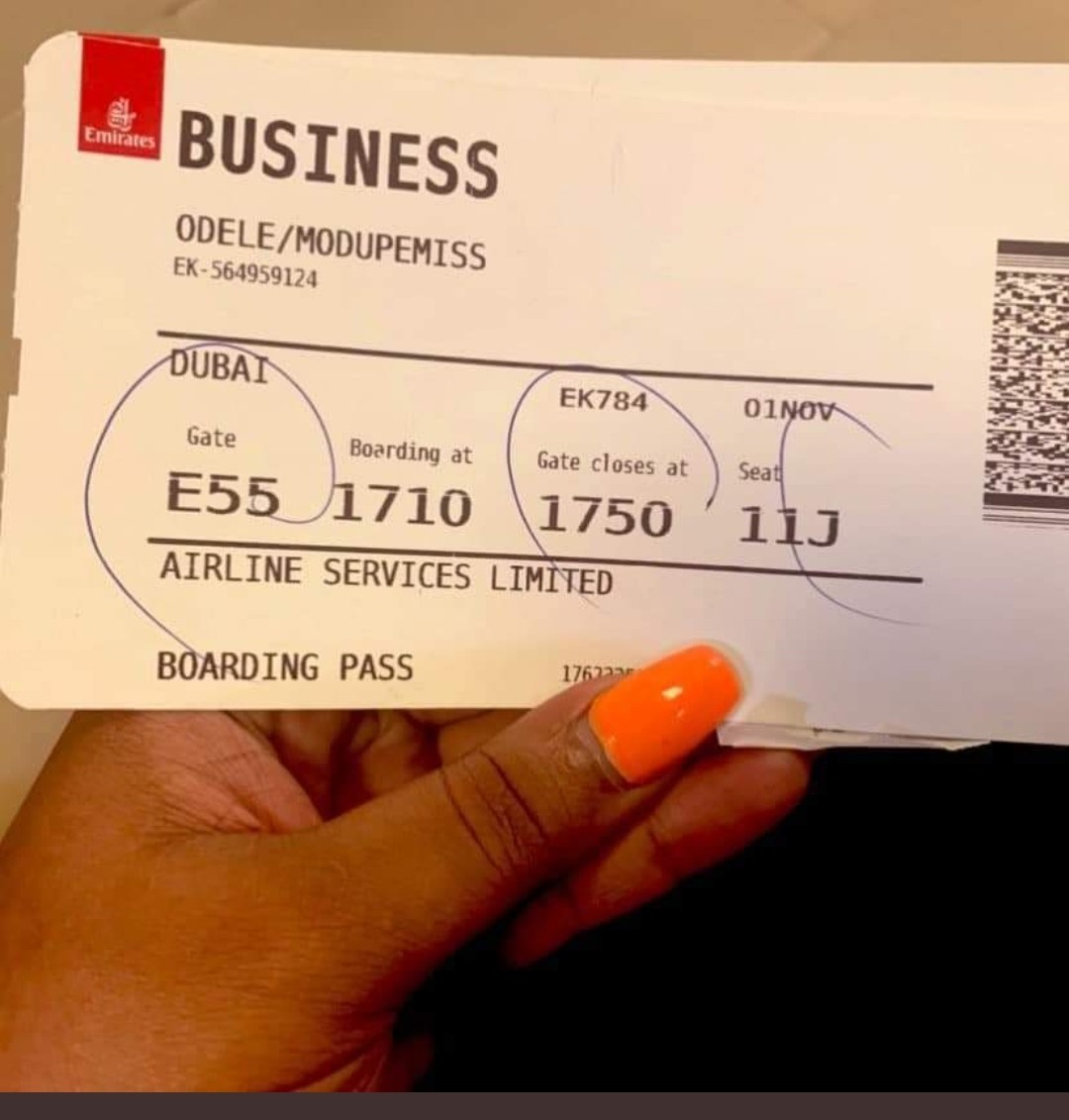 “Atiku’s campaign managers, I will like to meet them,” she had written.

Atiku was the presidential candidate of the Peoples Democratic Party (PDP) during the 2019 election where he lost to President Muhammadu Buhari of the All Progressives Congress (APC).