Home Politics #EndSARS: What Mr. Macaroni Said About Buhari Govt After His Release 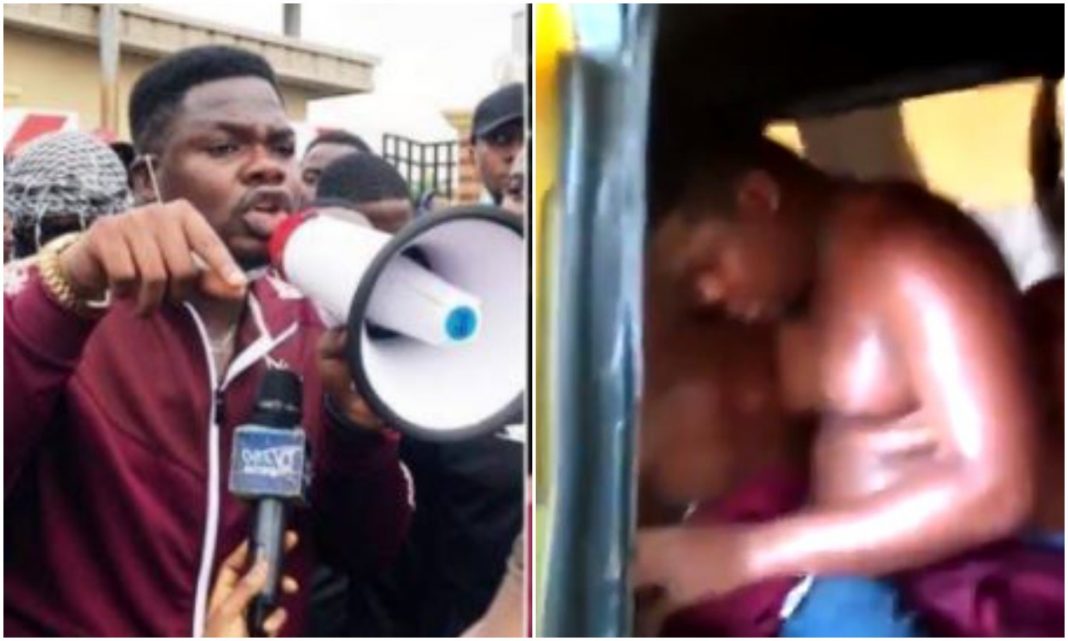 Mr. Macaroni has come down very heavy on Buhari administration after his ordeals in the hands of Nigerian police.

Nigerian Instagram comedian, Debo Adebayo, popularly known as Mr Macaroni has alleged that the federal government is responsible for the current insecurity across Nigeria.

Recall that Macaroni and other forty (40) End SARS protesters arrested at Lekki Toll Gate were granted bail on Saturday.

CityNews Nigeria had reported that police operatives deployed to Lekki Toll Gate arrested some protesters including the popular Instagram comedian.

The police command was consequently dragged by Nigerians for unlawfully dehumanizing unarmed protesters.

But the spokesman for the Lagos State Police Command, Muyiwa Adejobi, in a statement on Saturday evening said the forty (40) suspects at Lekki Toll Gate plaza were arrested for conspiracy, and violation of COVID-19 protocols.

According to him, the suspects gathered at Lekki Toll Gate to cause tension, thereby behaving in a manner to breach peace of the state.

“The Hausa man is my brother, so is the Igbo man and the Yoruba man. We are all one.

“The Government and the Government alone is responsible for any insecurity in Nigeria, and it is their duty to protect all Nigerians. I plead for peace.

“We will come back to my matter later,” he said.