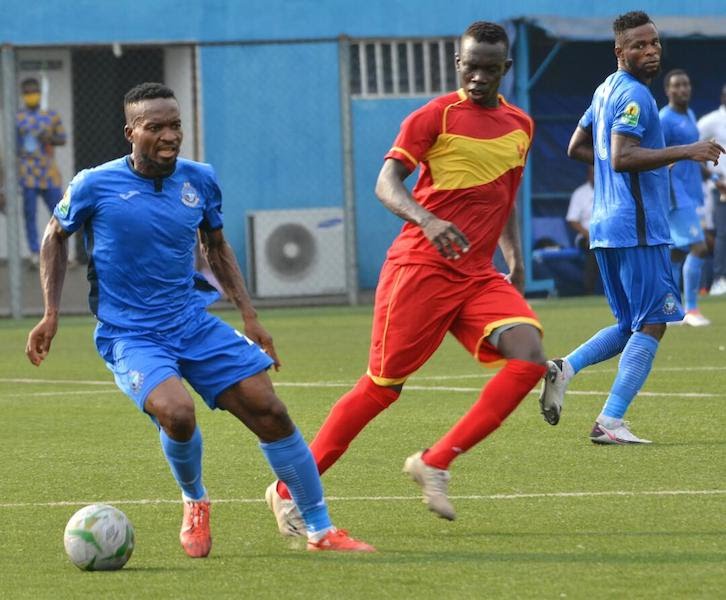 Enyimba International Football Club of Aba, Abia State on Wednesday crashed out of the 2020/2021 CAF Champions League in the second preliminary round.

Their elimination was in spite of recording a 2-1 home win against Sudan’s Al Merreikh in their second leg clash in Aba.

The News Agency of Nigeria reports that Al Merreikh progressed into the group stage 4-2 on aggregate.

Saif Terry’s hat-trick had handed the visiting side a commanding 3-0 first leg triumph inside Al-Merrikh Stadium in Omdurman some days ago.

Enyimba, therefore, had a difficult task of ensuring they defeated the 21-times Sudan Premier League winners by at least four unreplied goals to ensure passage to the competition’s group phase. But they were hit by another early setback after Terry put the visitors ahead barely eight minutes into the encounter.

The visitors’ lead however lasted for just six minutes, after Victor Mbaoma tapped home the much-needed equaliser for Enyimba.

Mbaoma then scored his second goal of the game and the winner from the penalty kick spot four minutes into the second half. But the slim 2-1 victory was not enough to see the hosts through to the group stage.

Enyimba will now compete in the CAF Confederation Cup where losers in the CAF Champions League’s second preliminary round drop into.

I sold different types of fruits to survive – Wilfred Ndidi opens up on tough...