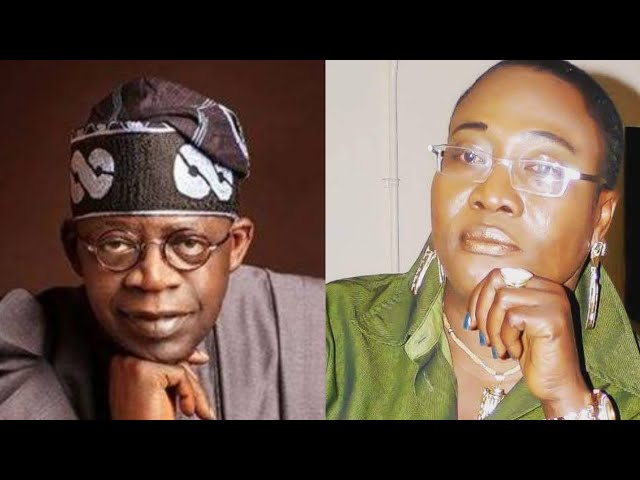 The queen of herbs of herbs worldwide and the de facto conscience of the nation has lent his voice once again to current state of the Nigerian nation-state and the plight of the yoruba nation under the geographical expression called Nigeria,City news reports.

In one of her recent live-chats, Esabod informs the national leader of the All Progressive Congress(APC),Asiwaju Bola Ahmed Tinubu that the Yoruba nation is fed up with him and his political antics which are very much against the wishes and aspirations of the Yoruba people and the Yoruba nation.

Esabod also lend credence to her position( that Tinubu is working against the aspirations of his tribe) by sucking up to the political elements in the north by playing a video clip of a spokesperson of a Yoruba group clamouring for self-actualisation of the Yoruba nation under the present political arrangement in the most populous black Nation in the world.

Speaking further, Esabod who’s visibly angry called out Tinubu by saying he is trying to collude with the monarchs he’s installing in order to steal the fortune of the Yoruba nation.She also spoke about how Tinubu removed Ambode because the latter was trying to fix Lagos state without looking at Tinubu’s face.

The live-chat which is fast trending on social media is full of expletives against Tinubu and his 2023 presidential aspirations.

First dog to test positive for COVID-19 in the U.S. has died