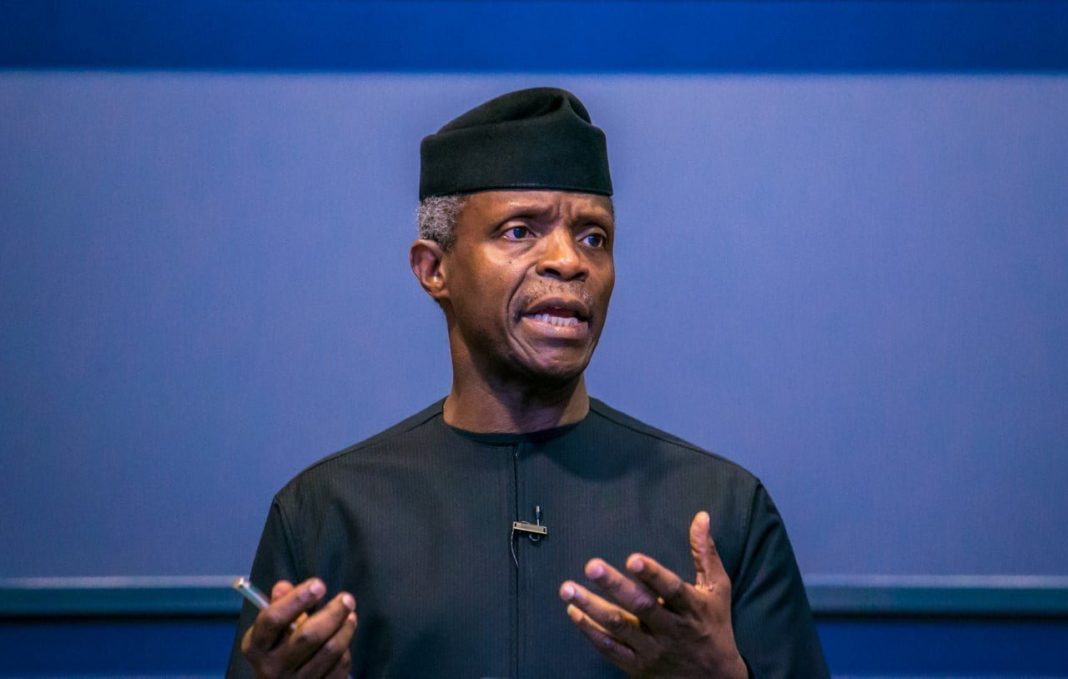 The presidency said on Sunday night Nigeria’s prompt exit from recession was a key indicator of the success of the Federal Government’s Economic Sustainability Plan (ESP).

The Senior Special Assistant on Media and Publicity to the Vice President, Mr. Laolu Akande, who disclosed this in a statement, said Nigerians should expect more as the implementation of the ESP gathered momentum.

Akande also provided an update on ESP progress and the latest Gross Domestic Product (GDP) figures for the last quarter of 2020.

He said President Muhammadu Buhari approved the ESP in June 2020 and directed Vice President Yemi Osinbajo to lead the implementation of the plan.

He said: “The plan is aimed, among others, at preventing a deep recession and putting cash in the hands of Nigerians after the economic fallouts of the COVID-19 pandemic.

“Right from the 2020 third quarter, the economy was already on a rebound. The latest fourth-quarter figures show that indeed, the recovery of the Nigerian economy is a steady one.

“Like we explained late last year after the release of the third-quarter figures, the ESP, which was a calculated intervention by the Federal Government, is driving the Nigerian economy in the right direction – upwards.

“Nigerians can expect more because the administration is unrelenting in its determination to pursue the steady recovery and growth of our economy.”

CityNews Nigeria gathered that the presidential spokesperson said the ESP was entering into an even more potent phase with the revving up of plans to install five million solar installations across the country.

He said the social mass housing plan would result in hundreds of thousands of affordable houses for ordinary Nigerians.

According to him, both projects will yield several hundreds of jobs besides giving the national economy a significant spur like never before.

Nigeria To Sell Refineries, ICC, 34 Others