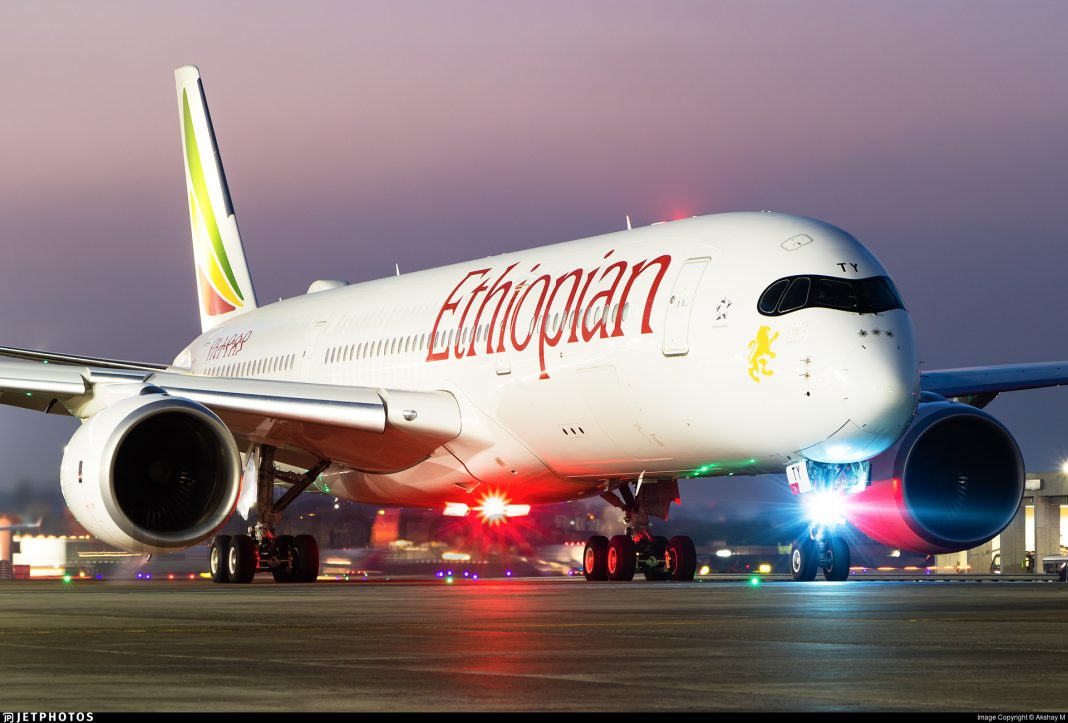 Receiving the award from the Ambassadors of Trinidad and Tobago Wendell Lago and the Ambassador of Jamaica Esmond Reid, Mrs. Senait Ataklet the Traffic and Sales Manager thanked the organisers. She said that last year was a difficult year for everyone, but Ethiopian Airlines pivoted to cargo to shore up its fortune.

According to the organisers, Ethiopian Airlines in 2020 was the best performer in Nigeria among the non-Nigerian airlines as it handled more than 50 per cent of the evacuation flights in and out of Nigeria. Other winners at the annual event included Arik Airlines, which was chosen as the Airline of the Decade in Nigeria from the Year 2010 to 2020; Ibom Air won the award for the Best Airline in Nigeria.

The Abuja Expo was a 2-day event that included training for Nigerian tourism professionals. It was the first physical meeting for pourism professionals in 2021. Abuja Jabamah is a yearly tourism event in Nigeria for domestic tourism development.

According to Senait Ataklet, the pivot to cargo by Ethiopian Airlines saw the airline converting some passenger airplanes into freighters. She invited the tour operators to include a stopover at Addis Ababa for all their tours.

This award comes as Ethiopian celebrates one year anniversary of conversion of B737 into a Freighter creating a “Preighter”. Ethiopian Airlines operated its first cargo only service on a passenger aircraft with its Boeing B787-900. The flight departed on March 25, 2020 from Addis Ababa to Kinshasa, carrying more than 16 tons of much-needed PPE and other shipments inside the cabin and the belly of the aircraft. Following the sharp decline in passenger number due to the pandemic, Ethiopian swiftly shifted focus to cargo operations and became among the very few pioneers to load cargo on passenger aircraft’s cabin.

Immediately afterwards, Ethiopian demonstrated remarkable agility in its response to the increased cargo demand in the wake of the pandemic by reconfiguring 25 passenger aircraft into freighters using its own internal MRO capabilities and distributed the much-needed Personal Protective Equipment and medical supplies across the globe.

Commenting on the milestone, Ethiopian Group CEO Mr. Tewolde GebreMariam said, “Today marks one year since the beginning of our first Preighter flight service as a way to manage the unprecedented global crisis. The single Preighter flight that started on this day last year has helped our airline navigate the storm so far. We are extremely honored to have served our customers during the most difficult times. Ethiopian Cargo and Logistics Services has been a critical player in the global fight against the pandemic by distributing medical supplies and PPE to places with limited access to transportation.”

Breaking: Panic As Nurse Tested Positive To Covid Despite Getting Her First Vaccine Jab