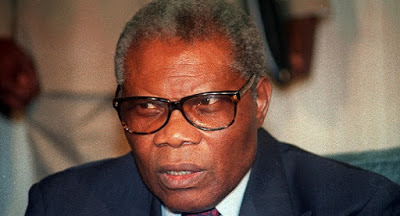 Former Congolese president Pascal Lissouba, who in 1992 won his country’s first multi-party presidential elections, died in France on Monday at the age of 88, his party told AFP.

The death was confirmed on Facebook by his son Jeremie Lissouba, who is also a lawmaker.

He fled to France after being overthrown in a brief civil war by the current president, Denis Sassou Nguesso, who had lost the country’s first multi-party elections in 1992.

BREAKING: ‘Smart Adeyemi Is A Mad Man’…’Drunk’ Ikpeazu Fires Back

Troubled NDDC Moved Back To Presidency for Close Supervision