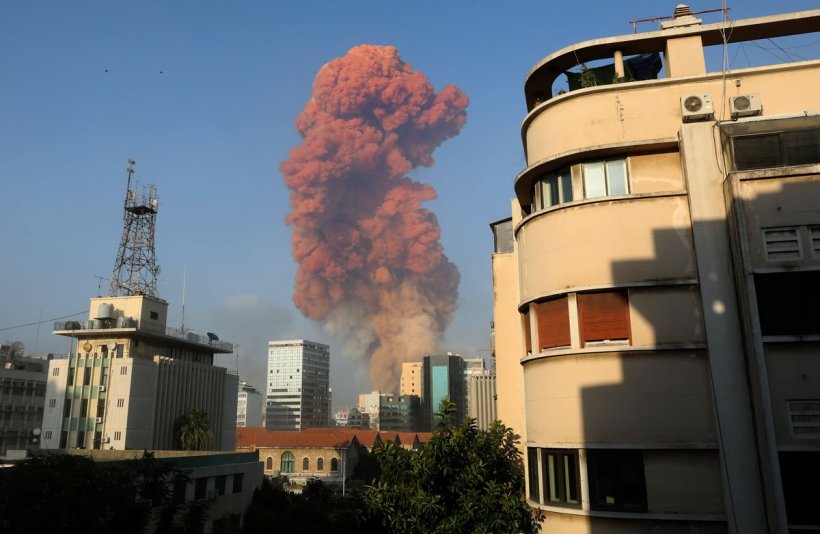 Thick smoke was seen rising above the capital of Lebanon’s – Beirut, after powerful blast; cause of explosion not immediately clear.

Hundreds of people have been wounded in a huge blast that ripped through Lebanon’s capital, Beirut, according to the country’s health minister.

The massive explosion on Tuesday at Beirut’s port released a shockwave which caused widespread damage to buildings, shattering windows in different parts of the city.

The cause of the blast was not immediately clear.

Video of the incident taken by Al Jazeera shows a large column of smoke billowing from above an area of the port that houses large warehouses, before a large orange blast is seen and a massive dome-shaped blast wave shoots into the air.

Glass storefronts and windowless across the city were instantly shattered in the blast while videos and pictures shared on social media showed doors ripped form their hinges and ceilings filled with gaping holes.

The blast wave from the explosion caused extensive damage to buildings within a large radius of the blast site.
“I was kilometres away; the glass broke everywhere around me,” said Al Jazeera’s Zeina Khodr, reporting from Beirut.

“The explosion was felt across the city,” she added. “There is chaos in the streets.”