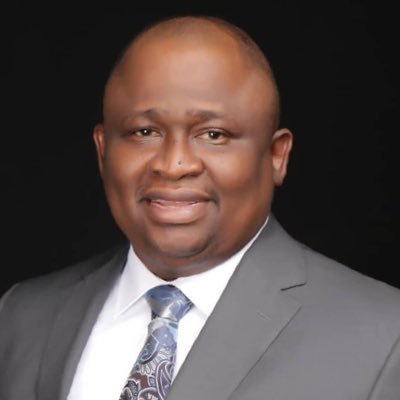 The purported N50 million Naira cash gifts by Senator Solomon Olamilekan Adeola to people of his Lagos West Senatorial District has turned out to be a fraud after all.

Yesterday, the social media was agog with news of Senator Solomon Olamilekan’s purported donation of N50 million naira to be shared among residents of his senatorial district as palliative for the lockdown occasioned by the COVID 19 pandemic ravaging almost all of the entire globe.

Investigations carried out by our team revealed that though money was shared among the twenty eight local governments constituting his senatorial district, the amount was a far cry from the N50 million said to have been expended by the Senator.

Virtually all of the chairmen of APC local government branches in the senatorial district disclosed that the amount of one hundred thousand naira was sent to each council to be shared to the seven wards making it about N14,000 per ward. This is what Senator Yayi is coming up with for the five years he has been Senator.

They wondered how a hundred thousand naira could be shared to thousands of party faithfuls in each local governments, not to talk of the entire populace.

They therefore unanimously resolved to reject the amount which if added together is a paltry N2.8m, a far cry from the N50m announced to the world. To them, this act by the Senator is not new. Since assumption of office, the Senator had never deemed it fit to recourse back to his constituents, neither had he initiated any tangible project that would benefit them.

“Last Yuletide, instead of sharing Christmas gifts to us who worked for his re-election, he was busy gallivanting the entire Ogun State, sharing money and gifts to them as if they’re the ones that elected him. Let him come back, we’ll show him the way to Ogun State”, one of the chairmen stated.

Another Chairman, pleading anonymity, claimed that Senator Solomon Adeola Olamilekan popularly called Yayi has always been fraudulent in his dealings. “If you may recall, Yayi claimed that he is from Ishaga Orile, but the indigenous Ishaga people disowned him, he later claimed Ilaro and has now built a house in Abeokuta. Very soon, he’ll claim he’s from there as well.”

Along the same vein, party faithfuls who claimed to have worked for the Senator claimed that he is evasive and too cunning for them. “Can you believe that the Senator has over ten telephone lines. Call him on any of them and you won’t get him no matter how many times you try. Not only that, he is fond of failing in his promises. Ask any leader in his senatorial district, they’ll tell you the type of person he is,” one claimed.

True to the claim, a high ranking party stalwart in his constituency confirmed Yayi’s inconsistency and lack of decency. According to the leader, most party leaders do not trust the Senator again because on several occasions he has made promises of financial assistance upon which he reneged. “Yayi is tight-fisted. Only God knows what he does with the huge allowances he collects on our behalf”, the party stalwart, a prominent politician in Badagry said.

A Non Governmental Organization, Political Renewal claimed that Yayi’s fraudulent activities transcended his current political maneuvers. “Interestingly, Senator Solomon Adeola has a case to answer as regards his certificates,” the organization said in its reports on select politicians. The report is due for publication upon completion.