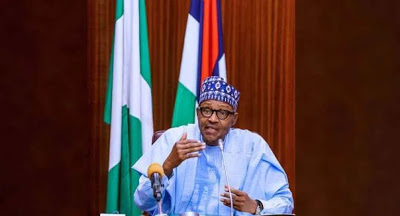 The Peoples Democratic Party (PDP) says the prophecy of Chief Tony Momoh that the All Progressives Congress (APC) and its leaders will be stoned for failure has come to pass as Nigerians are already stoning them with the words of their mouths.

The PDP also counsels the leaders of APC to perish their contemplation of changing its name as a desperate decoy to exonerate themselves from the failures of their party and President Muhammadu Buhari administration, which have led our nation into widespread bloodletting and excruciating hardship as poverty capital of the world.

Our party is already aware of clandestine meetings being held by APC leaders following their realization that the APC, as a political party, has failed as a platform for governance and managing of the broad diversity of our nation.

The APC leaders, who are already troubled by the post President Buhari’s disastrous tenure in office, are planning to adopt a new name in order to beguile Nigerians once again.

The PDP further asserts that the hopeless efforts by APC leadership to beguile Nigerians again with their showboating and false claims that opposition members are trooping into their party, will not save the APC from crashing, as only those who have lost relevance with the people, having betrayed their causes, that would seek accommodation in the sinking pirate ship called APC.

Indeed, only unpatriotic, expired and lily-livered individuals can seek to join a party like the APC that is synonymous with failure, nepotism, treasury looting, mindless stealing, corruption, falsehood, lies, capacity crisis, confusion, crass incompetence and which finds pleasure in foisting hardship and poverty on Nigerians.

Which patriotic Nigerians would want to join the APC that has wrecked our economy, reneged on all its campaign promises, looted over N15 trillion oil money, frittered over N2 trillion tax income, crashed the value of our naira, increased taxes, hiked the price of fuel and electricity, squandered our foreign reserves, shutdown over 50 million businesses, imposed a frightening 23 percent unemployment rate, accumulated N31trillon in debt and mortgaged our sovereignty to foreign interests through reckless borrowings?

Which patriotic Nigerian can join the APC that has willfully failed to secure our citizens from marauders, insurgents and bandits; a party under whose watch, the once happy and prosperous Nigerian citizens can no longer afford basic necessities of life to the extent that they now resort to suicide and slavery mission abroad as options?

The APC as a party has become irredeemably balkanized, overweighed with the burden of failure and can no longer be a platform for any credible Nigerian who has the intention to serve the people.

It is pitiable that while the APC leadership is grandstanding with lone defectors, majority of Nigerians are rallying with our party, having discovered that the APC is leading our nation to nowhere.

After all, not a few APC governors as well as ministers in President Buhari’s cabinet and members of the National Assembly are already fed up and have expressed their readiness to join the rescue train, PDP.

However, what is paramount to our party at this critical time is the wellbeing and security of our citizens, particularly as the APC has shown that it has no capacity for governance and has no iota of regard for the good of Nigerians.

Indeed, the last five years and particularly the traumatic events of the last two months have shown that the PDP remains the only credible platform for Nigerians across all sectors to realize their collective aspirations and dreams of a virile, united, secure, prosperous and inclusive Nigeria.

Surely, Nigeria is better with the PDP!