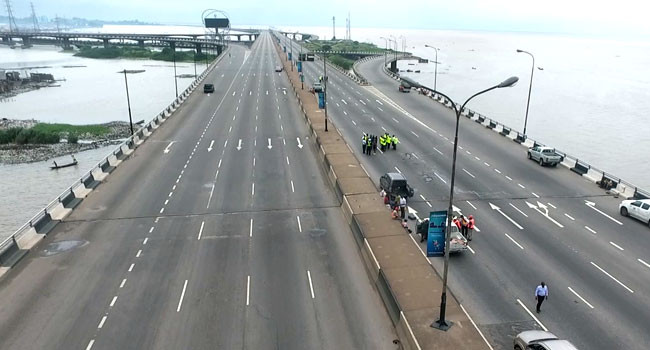 The Federal Government is set to close the Lagos Island-bound traffic on the Third Mainland Bridge for two weeks.

CityNews Nigeria learnt that the bridge will be shut from Wednesday, January 13, 2021, for ongoing rehabilitation works.

This was confirmed in a statement on Saturday by the Federal Controller, Works Lagos, Engr. Popoola Olukayode.

Olukayode called for cooperation and understanding from the public, especially motorists.

Olukayode stated that after casting of the three joints and asphalting, the whole Lagos Island-bound carriageway will be reopened to traffic.

Boyfriend Detained As Lover Dies Of Stomach Ache In Lagos

Covid-19: Onyeama explains why Palliatives should not be politicized