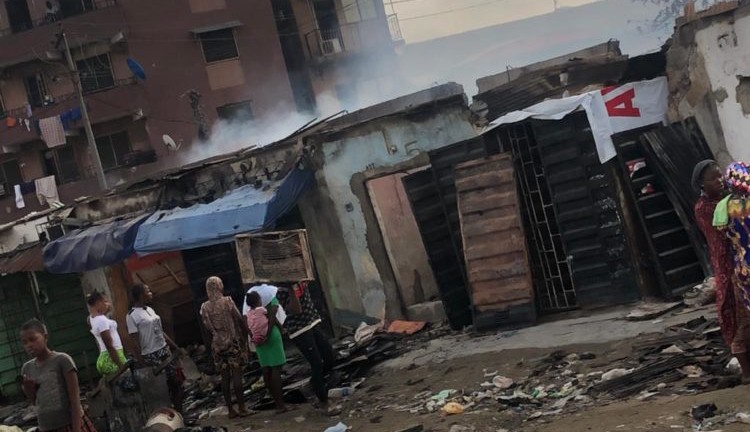 An early morning fire on Sunday gutted 14 shops and 16 kiosks at the Adeniji Adele Market in Lagos Island.

The fire was said to have started around 3am as a result of electrical malfunction in one of the affected shops in Adeniji Adele market.

According to the Lagos State Emergency Management Agency (LASEMA), a distress call was received around 3:13am and rescuers raced to the scene within 10 minutes.

“The fire was restricted within affected areas and stopped from spreading further. 14 shops and 16 kiosks were affected.

The incident was said to have been caused by vandals in apparent attempt to siphon PMS from the line.