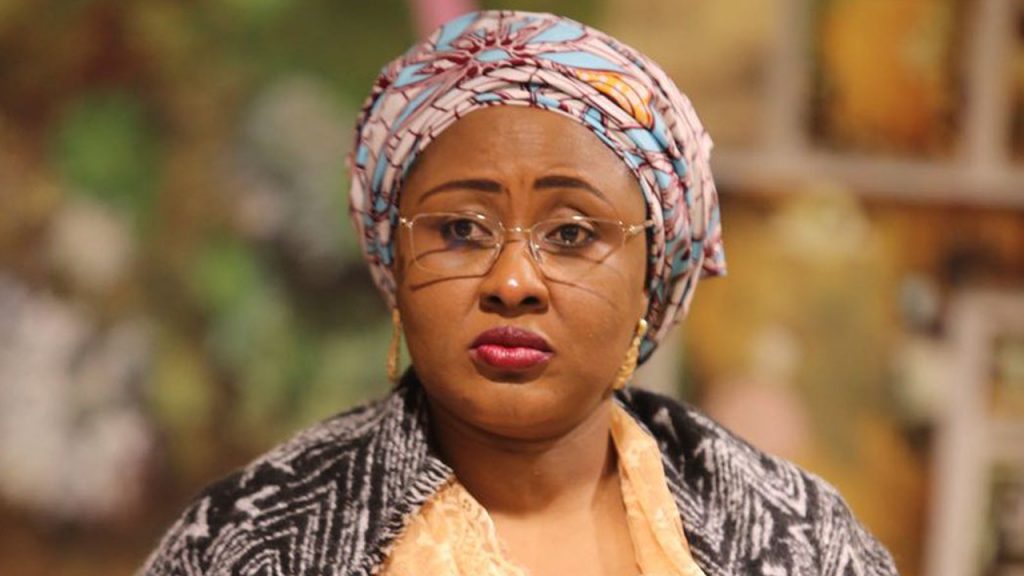 CityNews Nigeria reports that Mr Aliyu Abdullahi, the Senior Special Assistant to the President on Media and Publicity (Office of the First Lady) has refused to reveal his principal Aisha Buhari’s whereabouts.

The First Lady’s aide who appeared on a Channels Television programme, insisted that he was not invited on the show to disclose that.

“I am sorry, Kayode, this is not part of what I was actually invited here to discuss in your studio.

“I will not be speaking on that because it is not part of what we agreed for me to come and discuss. So, let us leave that issue out of the interview please.”

When informed by Channels Television’s Kayode Okikiolu that the news was already in the public domain and it was important to clear the air on the controversy trailing the issue, the first lady’s aide maintained his earlier position and further stated that Aisha Buhari was entitled to her private life.

READ ALSO:   Just In: See Why America Places Nigeria On Its Blacklist

He said in response;

“Let me say it this way again, the first lady, although married to the President, nevertheless, she is a citizen of this country who is entitled to her own right to privacy.

“If she chooses not to speak on a particular subject at any point in time, she is entitled to her own right to privacy and that is where I wish to leave that issue as of now. That is her own right, and she did not choose to speak at this time.”

This is coming amid report of the First Lady relocating to Dubai, United Arab Emirates and citing insecurity in Aso Rock as the reason for her decision.

Watch the video below.

Why Nigeria Must Stand Firm Against Eni’s Legal Bullying – HEDA