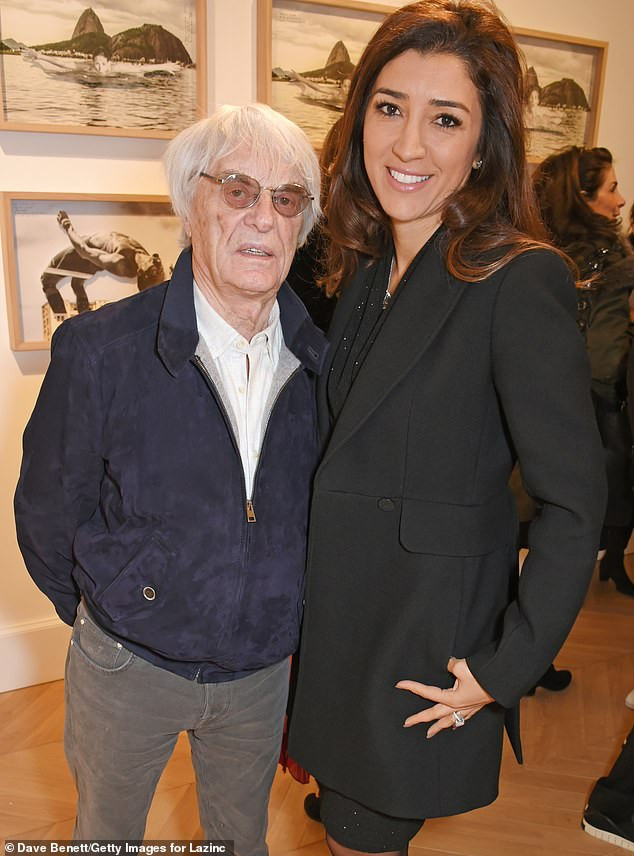 The billionaire businessman, who is a grandfather-of-five, confirmed to Swiss newspaper Blick that he and his 44-year-old wife are expecting a baby boy in July 2020.

‘Yes, it is due in the summer,’ Mr. Ecclestone told Blick. ‘Hopefully he’ll learn to play backgammon soon!’

‘Like all parents, we have only one wish: the child must be born healthy,’ she said. ‘Hopefully he will never express the intention to do something with Formula 1.’

The new addition will be Ecclestone’s first son. His eldest child, Deborah, 65, was born to his first wife Ivy Bamford before he welcomed socialites Tamara, 35, and Petra, 31, with his second wife Slavica Radic.

The eccentric mogul, who is currently at his farm near Sao Paul, Brazil amid the coronavirus crisis, went on to speak about the disease, and said he ‘just wants everything to be good with Fabiana’ should the isolation go on longer.

‘Fortunately the farm never runs out of work,’ he added. ‘Fabiana also looks after her own coffee plantation.’