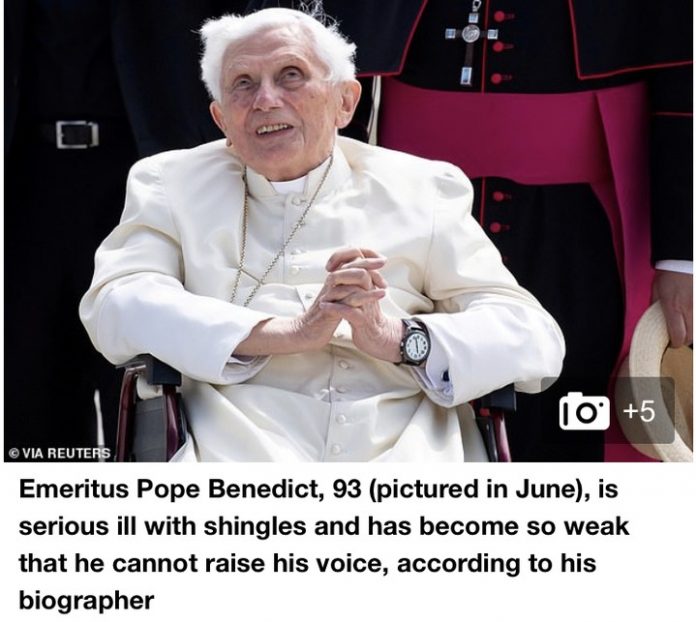 Former Pope Benedict, 93, is ‘seriously ill with shingles and his voice is barely audible’ after returning to the Vatican from a visit to see his dying brother in Germany according to his biographer.

Seewald said Benedict was optimistic when the pair spoke on Saturday, when he said he might pick up writing again if his strength returns.