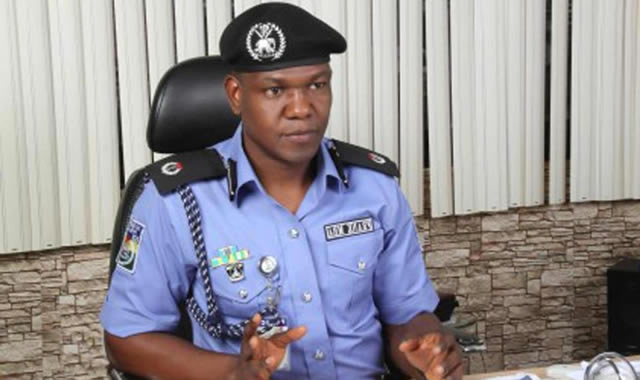 Frank Mba, the spokesman for the Nigeria Police Force, has been promoted to the rank of Commissioner.
Before his promotion, Frank was a deputy commissioner of Police and had served in various offices including operations and intelligence.
Speaking with NAOSRE on Saturday night, the deputy Police Public Relations Office, Mr. Adeniran Aremu stated that “Yes, Frank has been promoted.”
In similar vein, the Federal Road Safety Commission has on 14 December, 2020 after due consideration of the report submitted by its Establishment Committee in respect to the 2019 promotion, approved the promotion of 435 Officers to their next ranks, as the Corps Marshal, Dr Boboye Oyeyemi also approved the promotion of 769 Marshal Inspectors and 1676 Road Marshal Assistants to the next rank.

In the same vein, a total of 2453 Marshals got the promotion comprising of 769 Marshal Inspectors and 1676 Road Marshal Assistants.

The Board Chairman, Mallam Bukhari Bello expressed utmost satisfaction with the level of transparency that heralded the entire process and urged the promoted Officers to show more commitment and rededicate themselves to achieving the Corporate mission of the Corps, which is to eradicate road traffic crashes and create a safer motoring environment in the country.

He stated that the promotion exercise is part of the Commission’s drive towards rewarding excellence, and hard work which is concomitant with the administrative philosophy of the present leadership of the Corps.

READ ALSO:   Just In: Man stabs his wife to death,then commits suicide in their Lekki home

Meanwhile, the Corps Marshal, Dr Boboye Oyeyemi, equally congratulated the newly elevated Officers and Marshals for their excellent performances during the exercise.

While noting that every promotion comes with greater responsibilities, Oyeyemi charged them to put in their best in the course of their duties as their new ranks call for more focus and dedication.

Oyeyemi admonished those who were not fortunate this promotion year to keep hope alive for the best as opportunities still abound for promotion in the future.

Speaking further, the Corps Marshal promised to improve the general welfare of the personnel of the Corps to the satisfaction of all. As such, he beckoned on all personnel to be of good cheer and put in greater efforts towards the realisation of the Corporate mandate of the Corps.

The Corps Public Education Officer disclosed that the promotion exercise began with medical examination, physical fitness test, computer based examination, and oral interview and all processes were done in strict adherence to all COVID-19 protocols.

As such, to decorate the newly promoted Officers, the Corps Marshal immediately directed that the programme should be done in strict compliance with Presidential directives and NCDC guidelines on physical distancing and other preventive measures against the dreaded coronavirus pandemic.

APC ‘To Pair Jonathan With El-Rufai For 2023 Presidential Ticket’

Jessie and Austin: The Bodies in the Suitcase

Reps, PFN, Other Groups Call Out Buhari Over Kidnappings