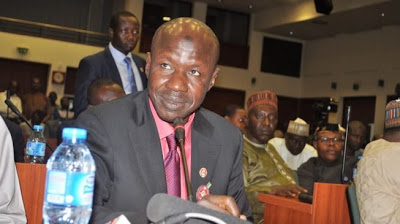 Ibrahim Magu, acting chairman of the Economic and Financial Crimes Commission (EFCC), will face another day of questioning on Tuesday over the activities of the agency under his watch.

He was detained on Monday night at the police headquarters in Abuja.

The presidential panel probing him is headed by Ayo Salami, former president of the court of appeal.

TheCable understands that the panel sat till 10pm on Monday after which Magu was detained.

Abubakar Malami, attorney-general of the federation (AGF), had asked President Muhammadu Buhari to sack Magu over some “weighty” allegations.

Some of the allegations he listed are:

Sheik Gumi: Obasanjo Is A Disgrace To The Yoruba Nation – Oduduwa Republic Agitators