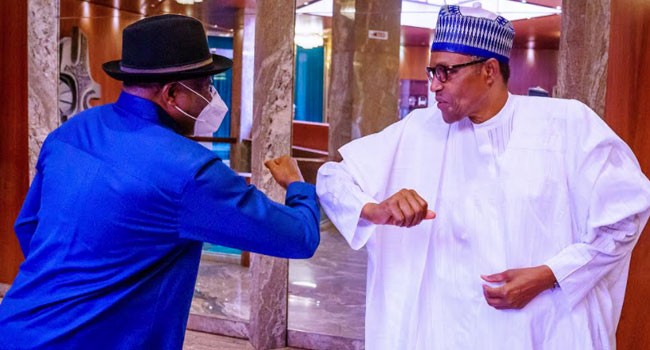 President Muhammadu Buhari on Thursday congratulated his predecessor, Goodluck Jonathan, on the occasion of the latter’s 63rd birthday.

The president’s felicitations were contained in a statement signed by his spokesman, Femi Adesina.

He thanked Jonathan for his service to the country and the African continent, including his work in helping to restore calm to the Republic of Mali after a military coup earlier this year.

“On behalf of the Federal Government and Nigerians in general, President Muhammadu Buhari warmly felicitates with former President Goodluck Jonathan on his 63rd birthday, November 20, 2020, congratulating him for a life of service that has brought honour and goodwill to the country,” the statemnt said.

“The President notes, with appreciation, the peculiar and remarkable climb of the former president on Nigeria’s political ladder, and dedication that has kept him working most recently as ECOWAS envoy to bring peace to the Republic of Mali.