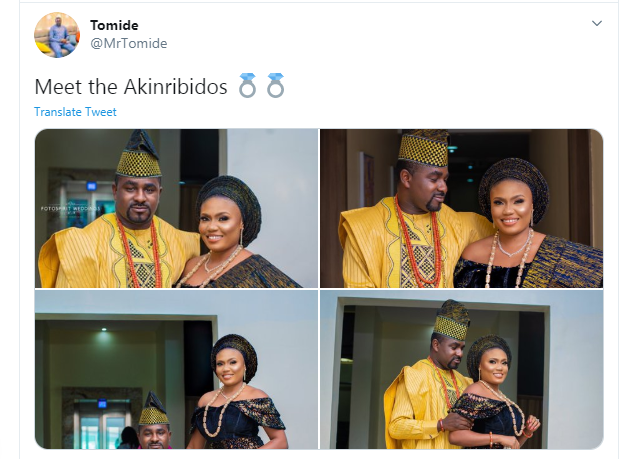 Ondo state’s Deputy Minority leader, Hon. Tomide Akinribido got called out on his wedding day today, May 8, by his ex-girlfriend who accused him of deceit and fraud.

The lawmaker representing Ondo West State Constituency, had shared photos of him and his new bride on Twitter with the caption “Meet the Akinribidos”. 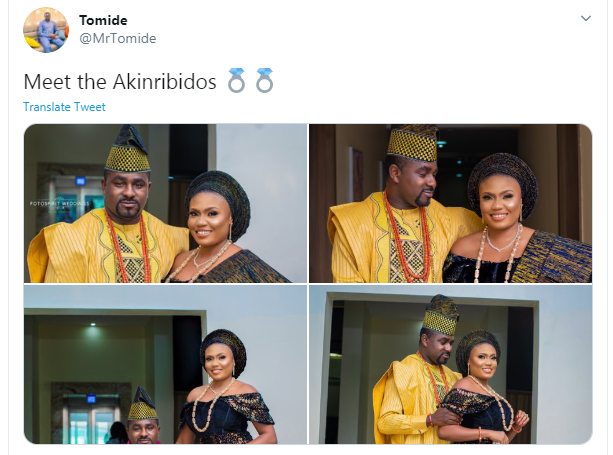 The lady alleged that Hon. Akinribido lied about wanting to marry her, after which he took all her money to fund his election and disappeared immediately after winning the election. She further claimed the lawmaker hinged his decision on not going ahead with the marriage plans, with claims of his mother being against his marriage to a non-Yoruba.

This guy fraudulently lied to me that he wants to marry me. Took all my money to fund his election and disappeared immediately after winning the election. His friends and members of his family were in on the scam and they cheered him on.

After he had achieved his mission he sent @Bobbyoba  to come and tell me that it was his mother who kicked against him marrying a non Yoruba. Every single thing Bobby told me that day I recorded it all. 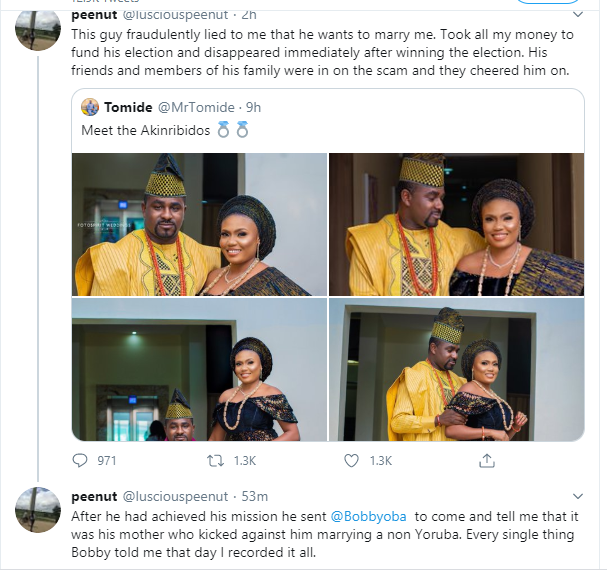 Hon Akinribido thanked his ex-girlfriend for the “free press”. He tweeted;