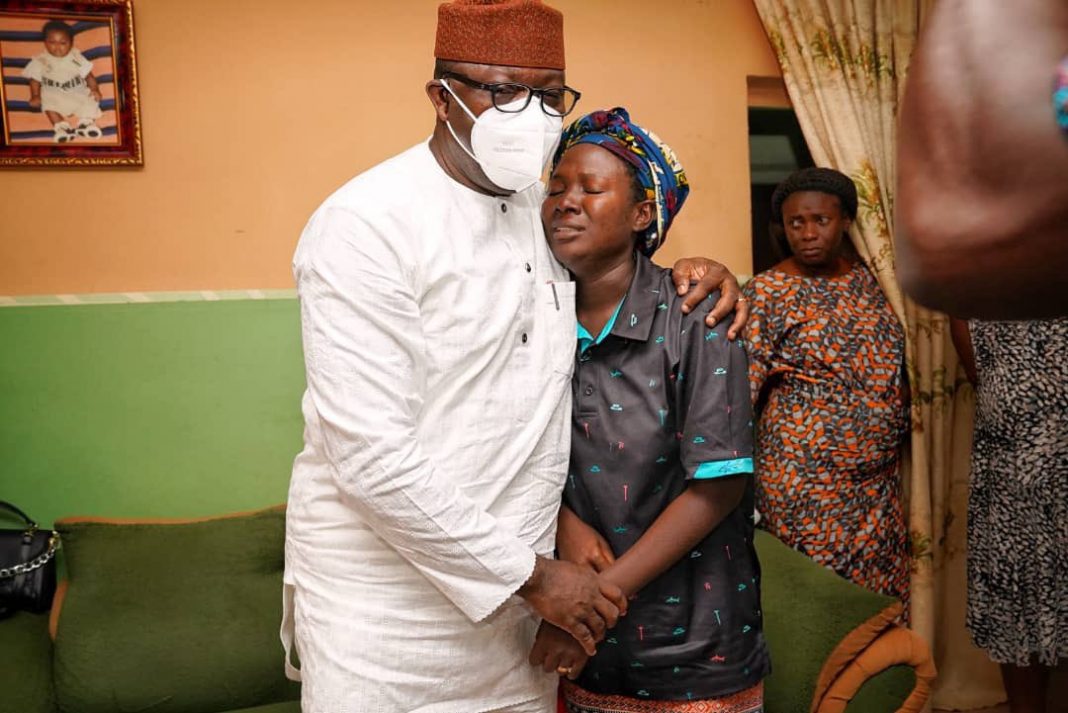 Ekiti State Gvernor,Kayode Fayemi has paid an unscheduled visit to widow of one of the Air force personnel killed during air crash on Sunday.

Late Olawuni died alongside six others in the crash. 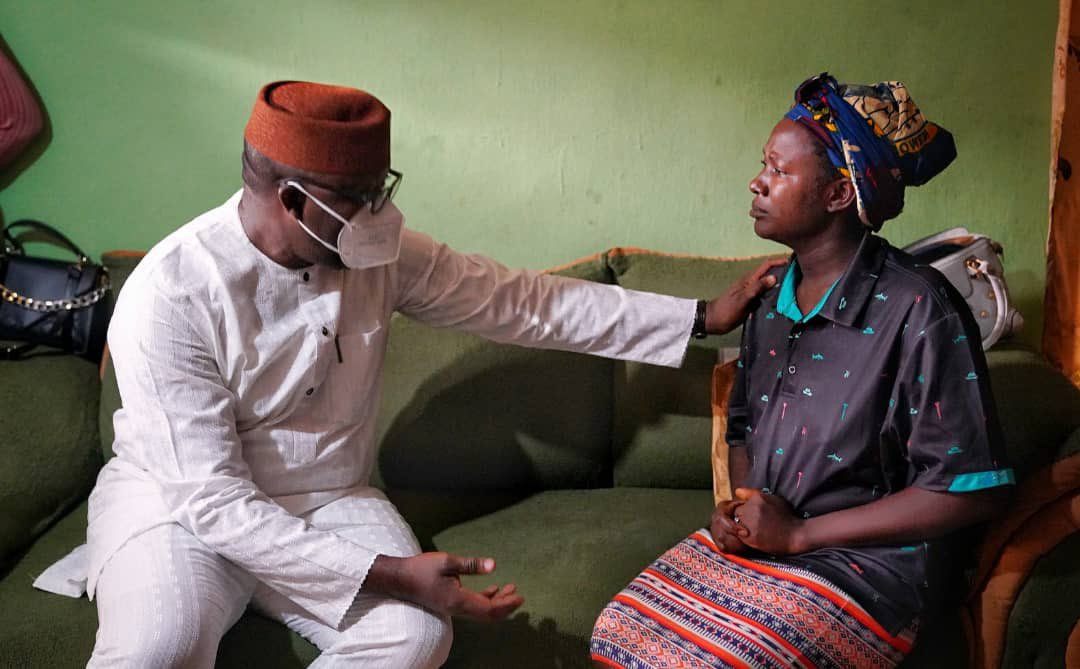 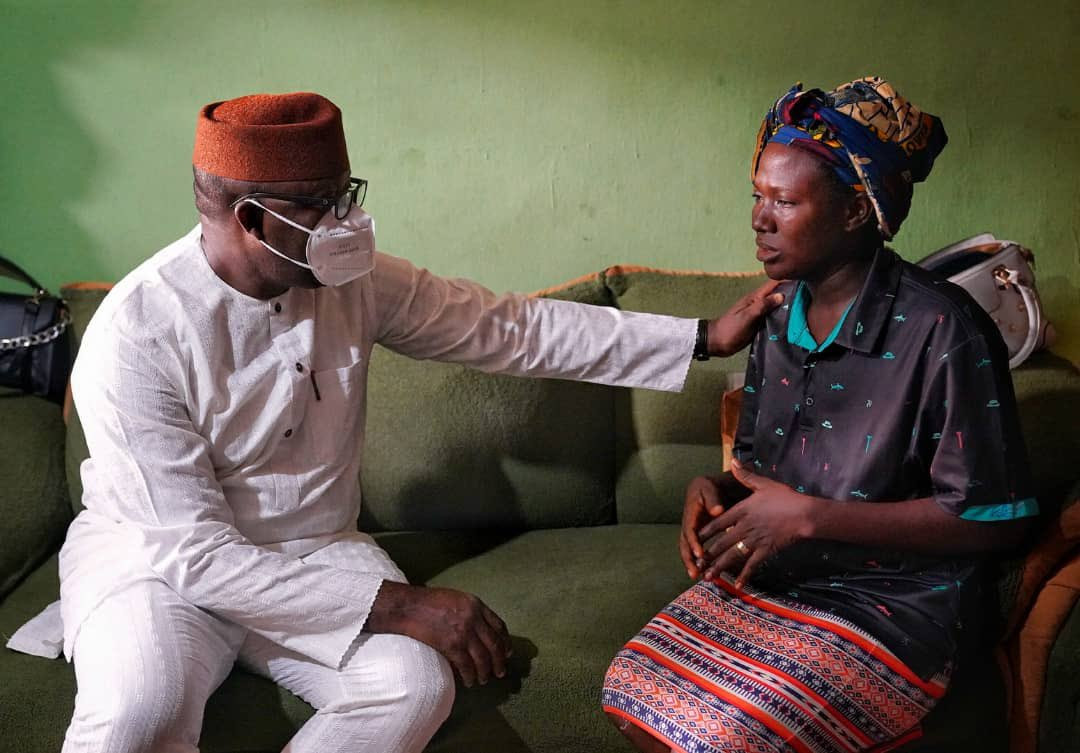