Home General Interest Grandmother gives birth to her own grandkids after her daughter was left... 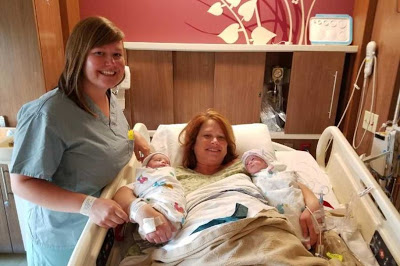 A grandmother gave birth to her own twin grandchildren after cervical cancer left her daughter infertile at just 23.

Nursery worker Micaela Gump-Johnson was left devastated when she was given the diagnosis at such a young age after trying for a second child.

Her doctor discussed a total hysterectomy, chemotherapy and radiation, and the mum, whose son was three-years-old at the time, was told she would never be able to have another child once her treatment began.

She decided to create embryos but knew she wouldn’t be able to afford a surrogate, leaving her hopes dashed until her mum Sheila stepped in.

Micaela thought she had a yeast infection until her doctor told her they had found “something” on her cervix and ordered a biopsy.

Two weeks later she was told she had small cell neuroendocrine cervical cancer. 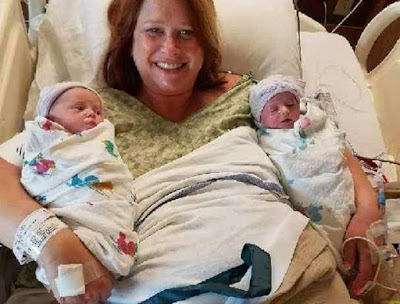 Micaela, from the US state of Illinois, told the Sun when her mum urged her to visit a fertility doctor, she broke down in tears and replied: “But mum, even if we do create embryos, we can’t afford a surrogate. It’s impossible.”

That’s when Sheila volunteered, telling her daughter: “If I’m allowed to do it, I will.” 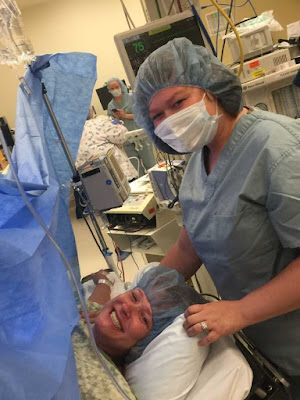 Sheila was 16 when she gave birth to Micaela, who said they are more like sisters than mother and daughter.

During the fertility treatment 19 embryos were created, and Micaela then went through a hysterectomy, chemotherapy and radiation to treat her cancer.

She was told she was cancer free three months after her last round of treatment, meaning she could now focus on trying for a baby.

Sheila was 42 at the time, leaving Micaela worried that the doctors wouldn’t allow her to be her surrogate.

But they did, and within months the implantation took place.

Mum-of-three Sheila, now 44, said: “I laughed as the embryos were implanted. This is the first time I’ve gotten pregnant without a man in the room.” 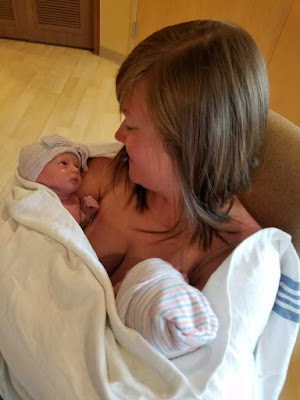 Her two other children are currently aged 11 and 14.

It wasn’t an easy time for Micaela, however, as her mum and her babies were an hour away, she didn’t get to experience milestones such as feeling them move for the first time, and she worried that there would be no bond between them.

Deep down, she said, she wished she was carrying the twins – a boy and a girl – herself.

As for her own bond, Sheila told herself from the start the babies weren’t hers, and attempted to disconnect and prepare for the day they would be in Micaela’s arms. 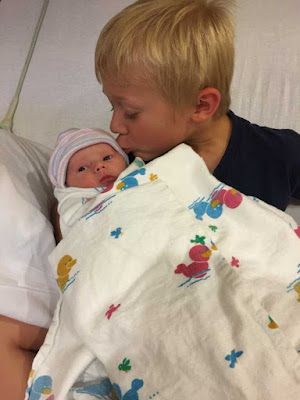 She focused on keeping the babies healthy.

She had experienced gestational diabetes and a blood clot, so she required medication and close monitoring.

When she finally told friends that she was having twins but her mum was carrying them, some were shocked, telling her: “Wow, that’s kind of weird.”

The twins were delivered at 36 weeks – a week before a scheduled C-section – with son Logan weighing 5lbs and daughter McKinley 4lbs 10oz.

They are now 14-months-old and healthy, and Micaela said there have been no bonding problems.

Edo Decides: South-South Governors Will Be In Edo To Stop Intimidation By APC- Wike