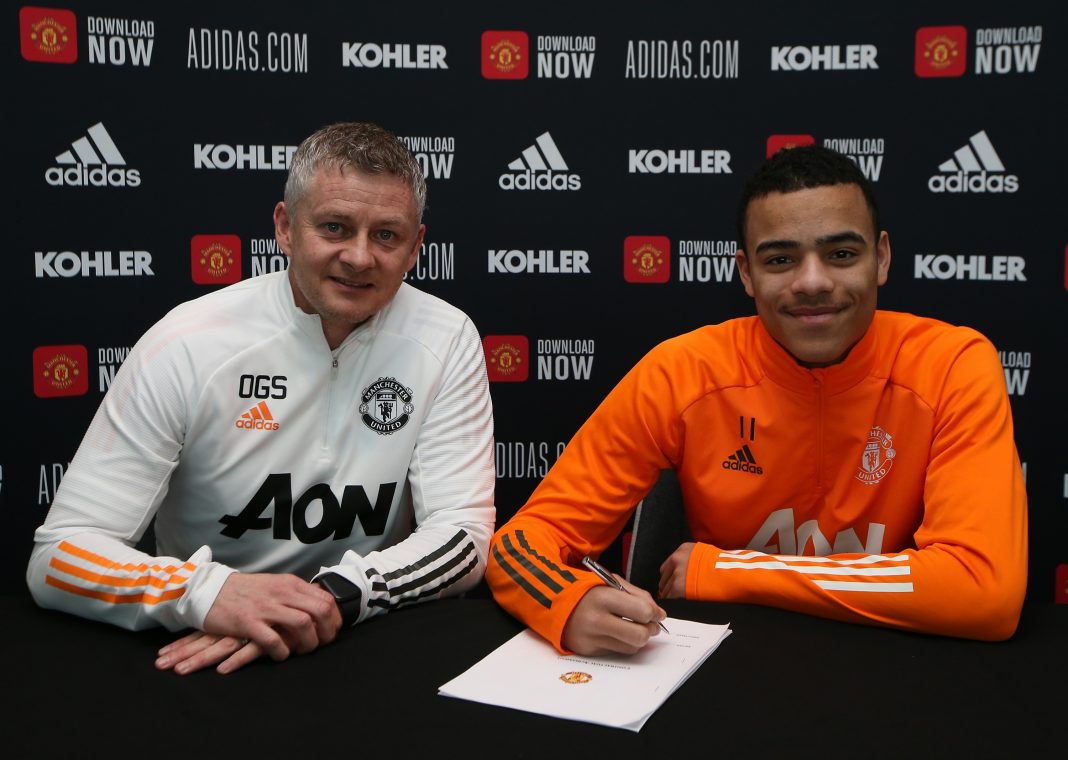 Manchester United striker, Mason Greenwood  has signed new four-year contract until 2025, a deal worth £75,000-a-week. The 19-year-old vows to ‘repay club and show everyone just what I am capable of’ after rapid rise from academy to Solskjaer’s first team.

Mason Greenwood has committed his long-term future to Manchester United. The academy graduate, who made his debut in 2019, has signed on until 2025. An improved deal also comes with the option to extend by another 12 months

The 19-year-old striker has scored 21 goals in 82 appearances for the Red Devils. Mason Greenwood has put pen-to-paper on a new contract at Manchester United worth £75,000-per-week, which will keep him at the club until June 2025.

Greenwood who made his first-team debut in March 2019 under Ole Gunnar Solskjaer, has already made 82 appearances for the club and has netted 21 times.

The striker has been at the club since the age of seven and having starred during the latter stages of last season in Project Restart, Greenwood has kicked on again this term and been rewarded with a fresh deal. The striker has committed a further four years to the club, signing a £75,000-a-week deal.