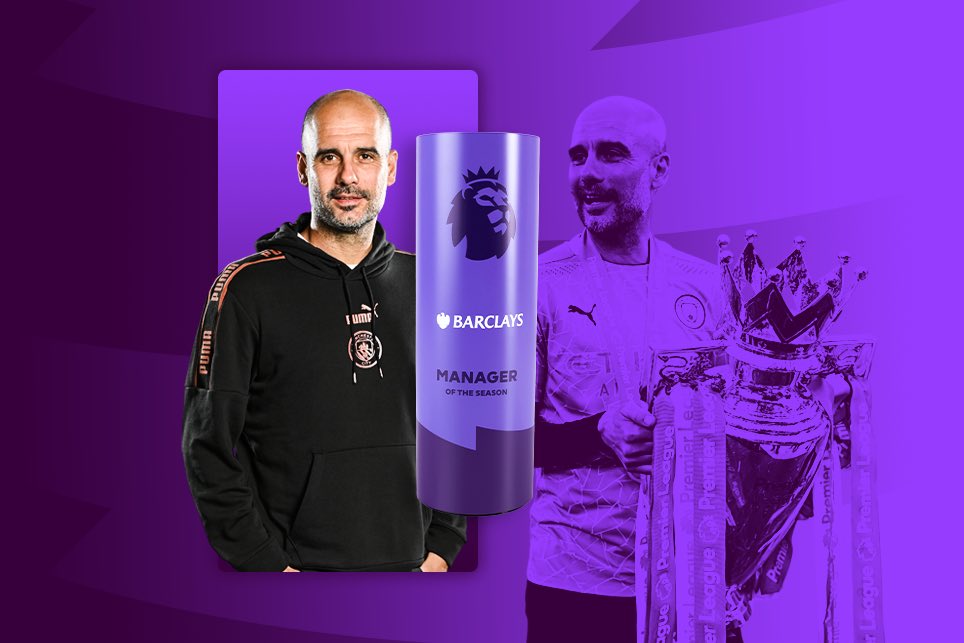 CityNews Nigeria reports that Pep Guardiola has been named the 2020/21 Barclays Manager of the Season after leading Manchester City to a third Premier League title in four seasons.

Guardiola wins the award for a third time in his managerial career, having also claimed it in his two previous title-winning campaigns, 2017/18 and 2018/19.

The Spaniard made history this season as his Man City side became the first team in history to win the title after being as low as eighth on Christmas Day, masterminding a 15-match winning run to take the PL Trophy back off Liverpool.

He matches the three Manager of the Season awards earned by Arsene Wenger and Jose Mourinho, with only Sir Alex Ferguson having won it on more occasions, with 11. Those three men are also the only managers in PL history who can match Guardiola’s three title wins.

The 50-year-old beat fellow nominees Marcelo Bielsa, David Moyes, Brendan Rodgers and Ole Gunnar Solskjaer to the season award after votes from the public were combined with those of a panel of football experts to decide the winner.

5G not spreading coronavirus – WHO confirms