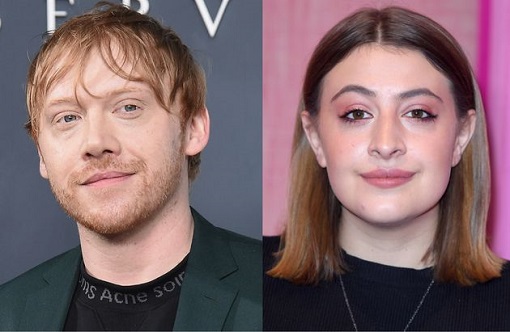 It first emerged that Georgia, 28, was pregnant in April when she was spotted out with the 31-year-old actor, who played Ron Weasley, with her baby bump on show in north London.

Reps announced on Thursday that Rupert and Georgia are now proud parents of a baby girl.

‘Rupert Grint and Georgia Groome are delighted to confirm the birth of their baby girl,’ they said in a statement.

‘We would please ask that you respect their privacy at this very special time.’

It makes Rupert the first Harry Potter star out of his main co-stars Daniel Radcliffe and Emma Watson to become a parent. Rupert and Georgia have made sure to keep their relationship as private as possible ever since they were first linked, nine years ago. So much so that loyal fans were shocked to see pictures of the lovebirds together back in 2018.

However, Rupert turned this all around in a very candid interview shortly after turning 30, where he opened up about taking the next step in life.

Chatting to the Guardian, he said: ‘Turning 30 felt strange. It just doesn’t feel like I’m there yet and I don’t know what the future holds.

‘I’m just going to go with the flow, keep playing interesting characters and see what happens.

‘I’d like to settle down and have kids soon.’

COVID-19: Buhari has no clue, protect yourselves – PDP cautions Nigerians