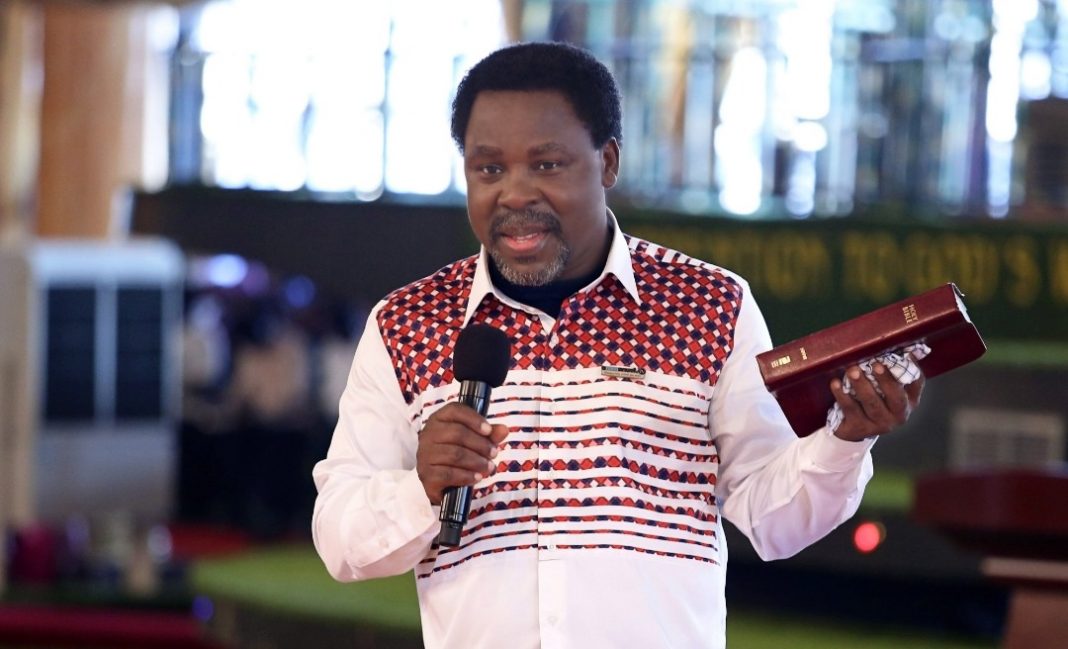 The death of leading US actor Chadwick Boseman, who is most known for the titular role in the blockbuster film ‘Blank Panther’ further fulfils one of the prophecies released by Nigerian Prophet TB Joshua for the year 2020.

“Many sicknesses and diseases that leaders have been treating privately will surface this year,” Joshua stated in the message viewed over 700,000 times on YouTube. “They will become bedridden and many will not make it.”

Boseman was diagnosed with colon cancer four years ago but had not made the information public, correlating Joshua’s words that sicknesses of leaders being treated “privately” would surface this year.

The actor, who was considered a leader in the back community for his ground-breaking roles, died at home in Los Angeles with his wife and family by his side, a statement posted on social media said, leaving fans and the film world stunned.

“To be young, gifted, and Black; to use that power to give them heroes to look up to; to do it all while in pain – what a use of his years,” tweeted Barack Obama on tribute to Boseman.

Boseman’s most iconic roles were filmed during his battle with cancer, which he kept hidden from the public.

“What a gentle gifted SOUL,” wrote Oprah Winfrey. “Showing us all that greatness in between surgeries and chemo. The courage, the strength, the power it takes to do that. This is what dignity looks like.”

“When God has something for you, it doesn’t matter who stands against it,” Chadwick said in 2018 in a graduation ceremony at Howard University, which went viral on announcement of his passing.

In the same prophetic message, Joshua described 2020 as a “year of humility”, stressing that God would “humble us with our challenges”.

Yesterday, the news of the resignation of Japanese President Shinzo Abe due to chronic health challenges was shared, equally confirming Joshua’s message on the health of those in positions of leadership.

The Nigerian cleric equally foretold the backlash for US President Donald Trump over his handling of the protests that erupted in the wake of the killing of George Floyd by police officers and shooting of Jacob Blake.

In the same prophecy for 2020, Joshua also predicted the worldwide “economic backlash”, the disunity affecting the British Royal Family and the killing of Iranian General Qasem Soleimani by US forces.

READ ALSO:   CAN kicks against ongoing BBN, calls it evil