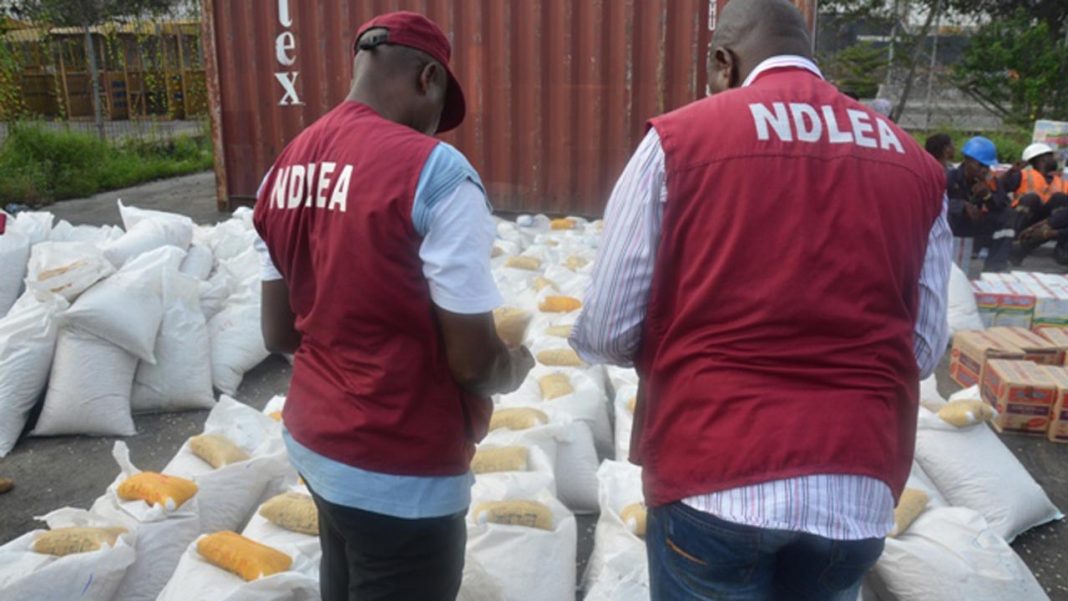 The National Drug Law Enforcement Agent,NDELA, has arrested a drug baron, Chidi Olife, who escaped arrest for unlawful importation of 5.250kg of heroin concealed in books from Karachi, Pakistan to Lagos since June 2010.

CityNews Nigeria gathered that his arrest in Lagos by the Joint Task Force Operation Unit of the NDLEA came just as operatives of the drug agency in Adamawa State apprehended an illicit drug dealer, Rabiu Imam, on Friday with Tramadal tablet 225mg weighing 45.4kg and estimated at over N50 million.

A statement by the agency on Saturday said Olife was arrested “following vital intelligence on the drug source, flight details, date and place of arrival, weight and mode of concealment, name, phone number and address of the recipient of the consignment and a planned controlled delivery operation coordinated by the Commander NDLEA’s JTF, Adeniyi Olumuyiwa.”

The NDLEA said, “The careful execution of the operation led to the arrest of Oladimeji Oladotun and Alhaji Danjuma Idris while processing the documents for clearing the consignment. Both were the clearing agents hired by Chidi Olife, the owner of the drug.

“Upon being arrested, Alhaji Idris Danjuma, one of the clearing agents was used to effect the arrest of Oke Ningo who Chidi contacted to receive the consignment from the agents on his behalf, unfortunately he escaped arrest at the point of receiving the drug as he suspected the person with the clearing agent to be an NDLEA officer.

“Subsequently, the house of Chidi Olife was traced to a street in Ajao Estate area of Lagos but before the JTF team could get there he had escaped with all members of his house due to the failed arrest of Oke Ningo.

“The undaunted JTF team of officers placed surveillance on him. Their resilience yielded fruit ten (10) year after as Chidi Olife was eventually arrested and he is currently cooling his heels in NDLEA’s custody while a manhunt for Oke Ningo, his criminal associate continues.”