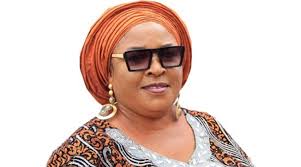 President of the Theatre Arts and Motion Pictures Producers Association of Nigeria, Bolaji Amusan, aka Mr Latin, has said he was shocked when he heard about the death of veteran actress, Folake Aremu, better known as Orisabunmi, who passed away on Tuesday, January 5, 2021, after a brief illness.

Speaking in an interview with Saturday Beats, Mr Latin said, “I am still in shock about Orisabunmi’s death. Everybody was shocked about her death.

On December 15, 2020, when we held the first TAMPAN Academic Conference, she was present. She was always around us and identified with us. There is no doubt that she was a good woman.”

As far as I’m concerned, there is nothing like Yoruba movie industry. We only have the Nigerian movie industry and she contributed immensely to its development. She indeed played a very active role and we would miss her.”