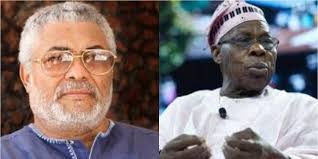 Ex-President Olusegun Obasanjo says he will remain indebted to Jerry Rawlings, former Ghanaian president who passed away on Thursday. 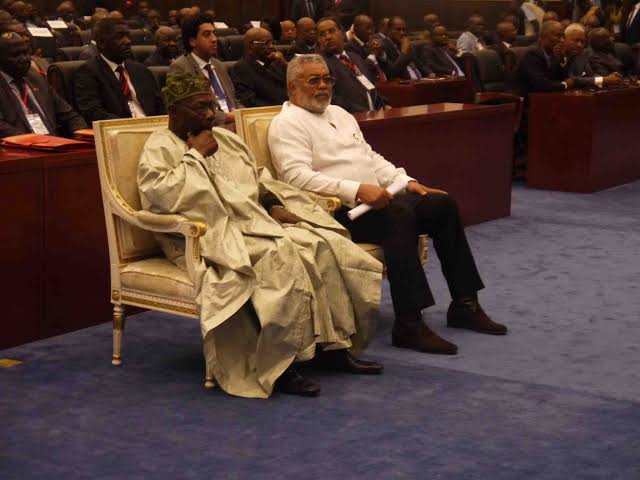 In a condolence letter to the people of Ghana, Obasanjo described Rawlings as a “reliable friend, ally and confidant” whom he said played a key role in achieving the objectives of the Africa Leadership Forum, (ALF), a non-governmental organization he (Obasanjo) founded in 1988 to develop leadership capacities in Africa.

Obasanjo said Rawlings supported and accommodated his staff in relocating the organisation to Ghana at a time when Sanni Abacha, former military head of state, wanted to have them destroyed after he (Obasanjo) was arrested and imprisoned on a trumped-up charge of coup plotting in 1995.

“No doubt, his generous assistance to ALF and its staff makes me forever indebted to him. I can proudly say he was a true friend and brother. His works, values, and principles have had and will continue to have a great influence and impact in Africa and beyond,” he said.

“In mourning a man, who dedicated his life to the growth and development of Ghana, his country, in particular, and Africa as a whole. Like many of his contemporaries too, former President Rawlings provided the much-needed leadership and direction which impacted positively on the social stability and democratic progress recorded thus far in Ghana. A quintessential patriot and courageous leader, he will be remembered for his critical role in the evolvement of modern democratic Ghana.”

Obasanjo added that Rawlings was “passionate about peace, security and leadership issues in Africa.”

The ex-Ghanaian president died at Korle-Bu Teaching Hospital in Accra, capital of Ghana, after a brief illness on Thursday morning.

Rawlings, a former flight lieutenant of the Ghanaian Air Force, resigned from the military and became the first president of the Fourth Republic in 1992`.

After serving two terms in office, he endorsed his vice-president John Atta Mills as a presidential candidate in 2000.