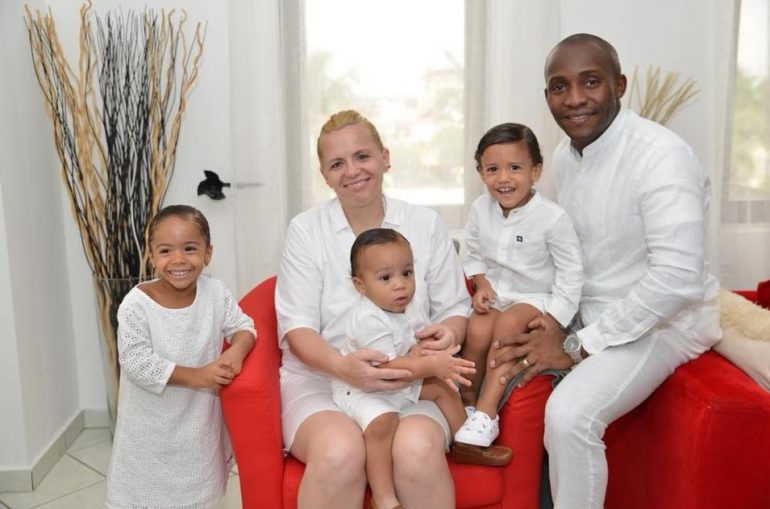 Onigbanjo as Chief Prosecutor narrated this gruesome ordeal which occurred on December 8, 2019 before Justice Modupe Nicol-Clay the trial judge.

The duo who resides at 22 Elepe street, Ikorodu and 12 Odunlami Street Shomolu respectively, were arraigned for rape and murder. Other charges preferred against them by the Lagos State government include conspiracy, murder, attempted murder, unlawful assault, robbery, and armed robbery.

Onigbanjo who led the Director of Public Prosecution (DPP), Mrs Adeyinka Adeyemi, told the court that the defendants conspired to commit the alleged offences on December 8, 2019.

He said that the incident took place at about 7:30pm, at flat 7A, No 1, Lugard Avenue Ikoyi Lagos. Onigbanjo said “Olamileka (Goke ) Oke , on December 8, 2019, at about 7: 30pm, unlawfully had sexual intercourse with Bernadetta Tohouo- Tohouo aged 44”.

The prosecutor further told the court that the defendants unlawfully killed one Bernadetta Tohouo- Tohouo by suffocating her to death with a small pillow.

Onigbanjo SAN, said that the duo also attempted to unlawfully kill Gildas Tohouo-Tohouo, by stabbing him severally on the neck, head and back with a knife and dagger.

He said that the defendants unlawfully assaulted Gildas Tohouo-Tohouo and caused him harm, by beating him severally with hammer on his head.

Onigbanjo told the court that the defendants whilst armed with a knife and dagger robbed one Gildas Tohouo –Tohouo and Bernadette Tohouo- Tohouo, of several properties including foreign currencies in different denominations. Others are two iphones, two bottles of wine, two wedding rings and one engagement ring.
The AG, also alleged that Olamilekan (Goke ) Oke raped, the victim, before she was killed.

However the defendants who are technician and printer respectively, pleaded not guilty to the charge against them.
The first defendant was represented by a counsel A.O. Odusanya, from the Office of the Public Defender OPD, while Mrs L.Y. Salau and I. T. Akingbade, from Legal Aid Council LAC, appeared for the second defendant.

Onigbanjo urged the court for a date to commence trial.
Consequently Justice Nico- Clay, adjourned the case till June 30, for trial.

UK: See Elton John’s amazing gift to the woman he jilted 50 years ago

Hahaha! ‘Lead us not into temptation’, Pastor Sam Adeyemi Tells Adekunle Gold After He Offered...