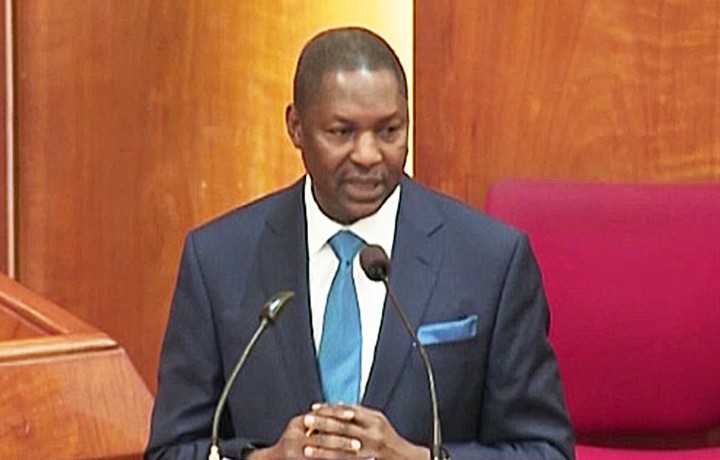 Abubakar Malami SAN, Attorney-General and Minister of Justice has faulted those criticising him for describing the recently repatriated Abacha loots as ” Abacha assets.

Malami in a statement said while the money was a loot, it automatically becomes an assets when it is returned to the federal government.

“Attention of the Office of the Attorney-General of the Federation and Minister of Justice has been drawn to needless media hype relating to purported characterization of the recovered assets associated with former Head of State, General Sani Abacha as “Abacha Assets”.

The office maintained that the choice of words was deliberate”.

“It is to be noted that by way of antecedence that Attorney-General of the Federation and Minister of Justice, Abubakar Malami, SAN has been consistently describing the recovered funds as “Abacha loot” at several fora during the process of recovery of the looted funds, particularly before the eventual repatriation of the funds”.

“The point needs to be made that when the seal of legitimacy was appended to the funds by way of repatriation it became an asset in favour of the Federal Government as a beneficial owner of same”.

“This is contained in a statement issued by Dr. Umar Jibrilu Gwandu, Special Assistant on Media and Public Relations, Office of the Attorney-General of the Federation and Minister of Justice, made available to newsmen in Abuja on Wednesday 6th May, 2020”.

Beyond the issues of verbal dexterity and vocal acrobatics, Nigerians should focus more on effective utilisation of the recovered looted funds in accordance with the content of the signed tripartite agreement in the interest of the Nigerian public”.

“It may interest the general public to note that there is a unit called Assets Recovery and Management Unit (ARMU) at the Office of the Attorney-General of the Federation and Minister of Justice”.

“The use of the word “assets” in relation to the post-recovery of looted assets is to qualify same as Federal Government assets”.

“It is palpable that news about successful return of the looted assets have brought nightmares to nay-sayers and pessimists who wanted to frustrate the repatriation process through campaign of calumny. Hence resorting to rhetoric instead of burying the heads in shame”.

“The return of the looted funds demonstrates not only commendable efforts of the present government, but also a pointer to the level of confidence, trust and respect the international community accorded the Buhari-led Federal Government”.