Home Entertainment “I knew he will never respond” – Davido reacts as Wizkid ignored... 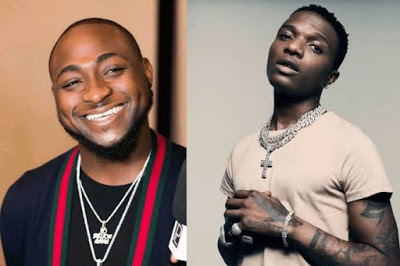 Popular Nigerian singer, David Adeleke has disclosed that he knew Wizkid was not going to give him a response after he congratulated him on the release of his ‘Made in Lagos’ album.

Recall that Wizkid ignored Davido’s tweet about two weeks ago when he dropped his ‘Made in Lagos’ album where he even promoted the album on his page.

However, Wizkid never acknowledged his effort and Davido in an interview with Ndani TV, addressed the incident.

Davido said he was never expecting him to respond to it Because he had it at the back of his mind that Wizkid will never respond to it.

Watch the video below: