Home News I Was A Victim Of Police Brutality – Kayode Fayemi 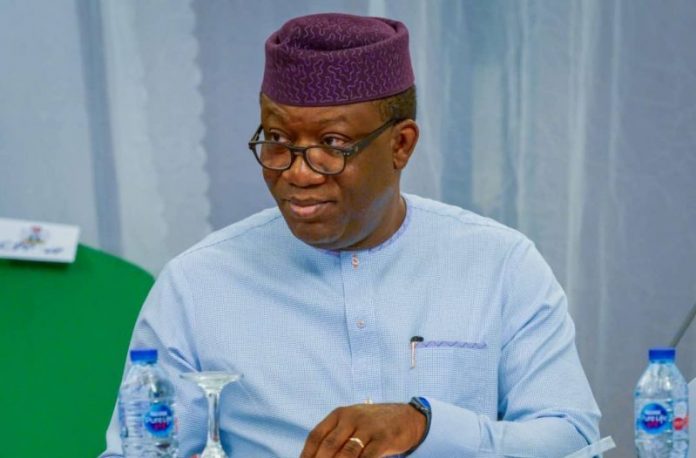 Ekiti State Governor, Dr. Kayode Fayemi has said he was a survivor of police brutality in 2014 while looking for re-appointment.

Fayemi disclosed this on Sunday in Ado Ekiti at an intuitive meeting with adolescents in the state on the ongoing #EndSARS fight.

Preceding the 2014 political race, Kayode Fayemi was supposedly teargassed by a group of Police officials at Mugbagba territory of Ado Ekiti, while some APC lead representatives were kept from entering the state to lobby for him.

“The EndSARS protest was a noble course.  It was supported here in Ekiti not because of those involved, but for the reason behind the action, which we believe would help the police to do their job well.

The Minister of Trade, Industry and Investment, Chief Adeniyi Adebayo, assured that President Muhammadu Buhari will implement all the issues raised by the youth.

He advised the youth to always apply for any youth-oriented programmes being rolled out by the federal government and stop having the erroneous impression that they won’t be enlisted as beneficiary.

“Apply first and see what happens,” he told the youth.

In his contributions, the Assistant Inspector General of Police, Zone 17, comprising Ondo and Ekiti, Mr David Folawiyo, said the EndSARS protest had exhumed fundamental issues indicative of the rots in the system.

He said: “Ultimate power belongs to the masses, especially the youth. The EndSARS agitations didn’t state that the police were bad, but they said the SARS operatives were bad. We agreed that there were bad eggs in the SARS but in most cases, people were the ones requesting for SARS services.

“We know that we have to restructure the police and that will be done. But we should all work together to make the police effective. We should all be patriotic and once we have this spirit, there won’t be SARS again. The police must be well equipped and ultimately, we must all collaborate to end SARS.”