Home News I Will Have A Mental Problem If Trump Wins Again – Cardi... 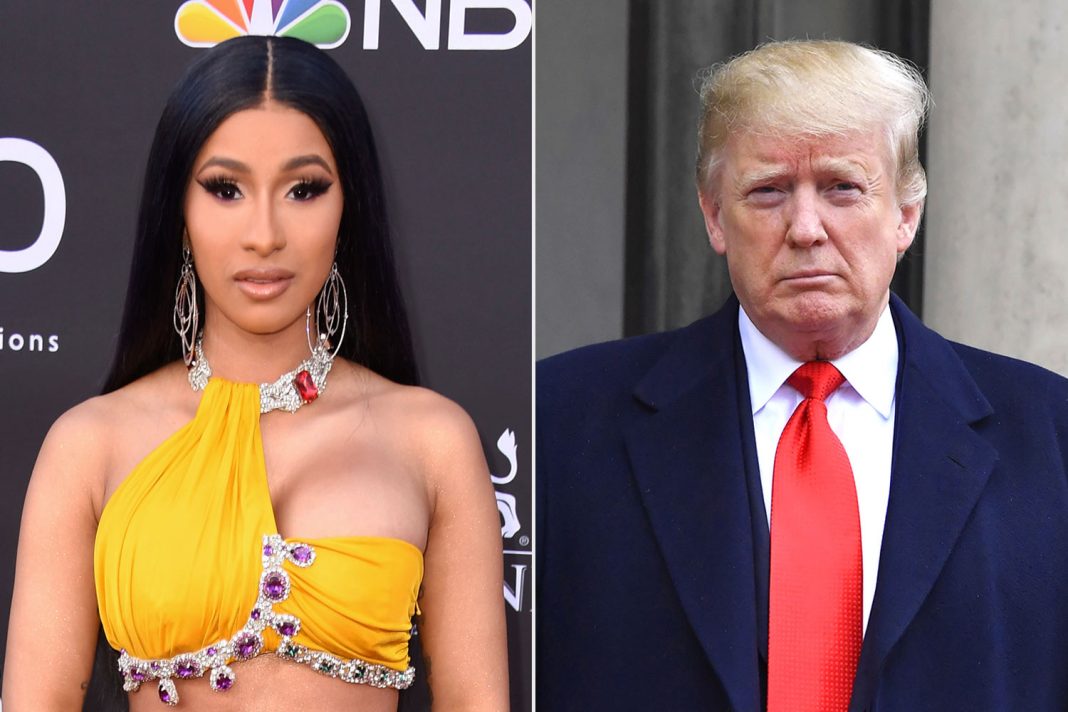 American Rapper Cardi B during an interview with SiriusXM’s Swaggy Sie on Friday (August 7) says that she will have “a mental breakdown” if Donald Trump wins the election and becomes president of the United States for another 4 years.

She said: “You know what, I was so f–king mad because it’s like people, when he dropped, people was like ‘oh what do you mean?’ Why? Because of y’all! Because you know how this new generation is. We be loving something but we just be lazy to do it, it’s like motherf–kers was just lazy to vote for him,” she said of Bernie Sanders dropping out of the presidential race.”

Cardi B who had endorsed Joe Biden severally, explained why she chose to.
“I feel like it’s important now because like, yo Trump is…I cannot, I’m telling you, if Trump goes for like another four years, I’m going to have a meltdown, Like I will have a mental breakdown. I cannot deal with this anymore…I do be scared of the state of the country…not only do I care about the people, but it’s like I am afraid of the future,” she went on to say.”

“I don’t want an another war…the economy right now, it sucks, like people are not making money. Some people are getting money, and they are not supposed to be getting money. This coronavirus s–t, I want it to be over but I don’t want people to lie to me…God forbid that my grandparents, somebody gets sick. I haven’t seen my grandparents in a month and I’m dying to see them,” she continued.