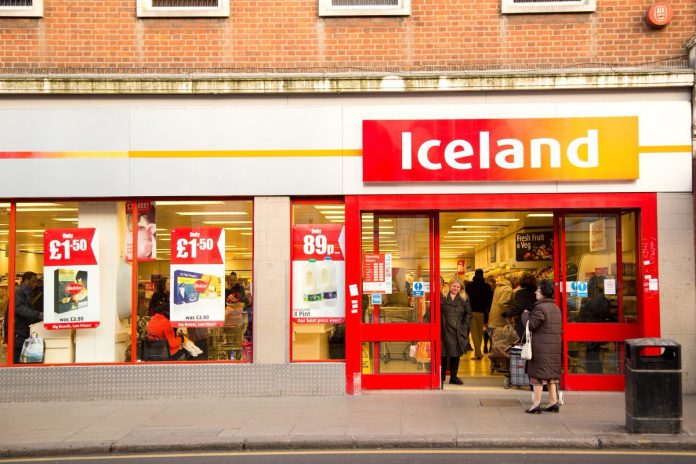 It says greater transparency over how much plastic is used in packaging and transporting food will lead to a reduction in plastic waste.

All major chains are cutting back on plastics use.

But Iceland is asking the government to make reporting on such use mandatory and to set targets for its reduction.

“Without transparency, and government enforced reduction targets, we will not be able to judge whether business actions are delivering real progress,” said Richard Walker, managing director of Iceland.

Supermarkets have come under increased pressure in recent years to reduce plastic use. Consumer awareness of the environmental impact of discarded packaging has risen sharply, in part due to the “Blue Planet effect” after a BBC television series highlighted plastic pollution in the oceans.

All the large chains have made pledges and some moves to reduce plastic: Morrisons is introducing paper bags for shoppers in its stores, Sainsbury’s removed plastic bags for its loose fresh produce last year, and Tesco said it would stop using plastic bags for its online deliveries.

“For several years now, businesses have been using incomplete information to represent the scale of their plastic packaging, their commitments to change, and the progress being made. We will all be better served by a more accurate and transparent picture on this issue,” he said.

Iceland’s call for greater transparency is supported by a range of campaigning organisations including Friends of the Earth and Greenpeace who said if firms were required to publish detailed figures and hit targets it would force them to tackle the problem.

“UK supermarkets are starting to cut the amount of single-use plastic packaging they produce, but we need them to move faster and think bigger. The government can make a big difference by setting legally binding targets,” said Greenpeace UK plastic campaigner Nina Schrank.

A Plastic Planet co-founder Sian Sutherland said: “For years UK supermarkets have been hiding behind half-truths and incomplete data, never fully disclosing the enormous scale of the plastic within their own businesses.

“This bold move by Iceland must quickly be adopted by all UK retailers. If the retailers use their collective might, the brands will soon have to follow and we will finally see some real plastic reduction rather than yet more pacts and pledges,” she added.

Iceland has made a commitment to eliminate all plastic packaging from its own-label products by the end of 2023 and says publishing its plastic footprint every year will help it achieve that goal.

It said two thirds of the plastic packaging it currently uses is related to branded goods which are outside its control.

Iceland itself came in for criticism last year after a BBC investigation revealed it still had stock containing palm oil on its shelves after it had claimed to have stopped selling any own-label items containing the product.BREAKING:  Building Collapses In Aba, Many Trapped (Disturbing Images)

It also removed its own-label branding from some products after it failed to meet the deadline for the removal of palm oil from their ingredients.

Palm oil production is responsible for the loss of large areas of rainforest, contributing to the climate change crisis.