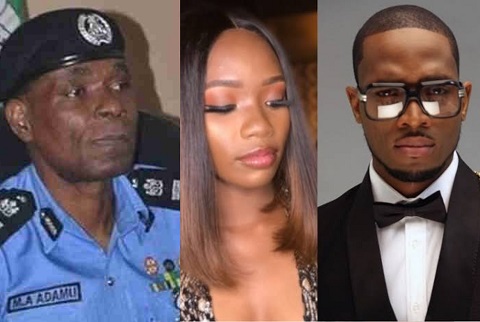 The Inspector-General of Police, Mohammed Adamu has ordered a probe into the allegation levelled against popular Nigerian singer Oladapo Oyebanjo aka D’Banj.

Following a petition written by Miss Seyitan Babatayo’s lawyer, a probe has commenced on Friday, June 19.

Seyitan had earlier alleged that the singer sexually molested her in her hotel room.

D’banj, however, denied the allegations levelled against him and asked his accuser to make a public apology and also pay him the sum of N100m in damages.

In a letter signed by the Principal Staff Officer to the IG, DCP Idowu Owohunwa, the Inspector-General ordered that the matter be treated.

“I forward herewith a copy of the letter dated June 5, 2020, received from Ojoge, Omileye and Partners on the above-underlined subject. I am to respectfully convey the directive of the Inspector-General of Police that you treat.

“Accept the assurances of my esteemed regards please.”