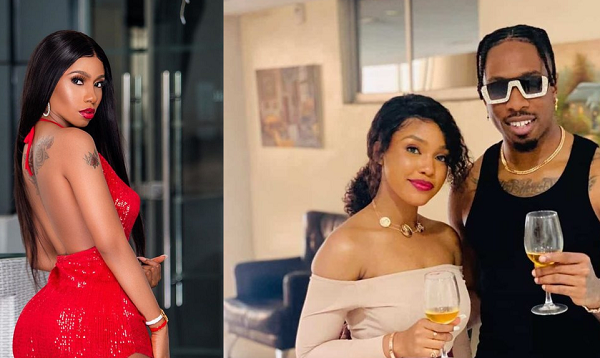 Reality TV star, Ike Onyema has taken a swipe at a man who said actress Ruby whom he posed for a photo with, is prettier than first BBNaija female winner, Mercy Ike, his girlfriend.

The drama began after a male fan took to Twitter to share a photo of Ike Onyema and actress Ruby together.

After he shared the photo, another fan went under his tweet to state his opinion that the actress actually looks hotter and prettier than Mercy Eke.

Ike Onyema quickly stood up for his babe, Mercy as he wrote, “You dey craze”, he fired back at the fan.

Check out the tweets below;

The couple who now has their own reality TV show seems to be waxing strong by the day. They were recently awarded the most popular couple at the NET 2020 Awards.
READ ALSO:   TV Icon, Alex Trebek Is Dead

The Mercy & Ike show takes us behind the scenes of their new relationship post-BBNaija. The couple try to figure out the future of their union while handling the pressure of constantly being in the spotlight.