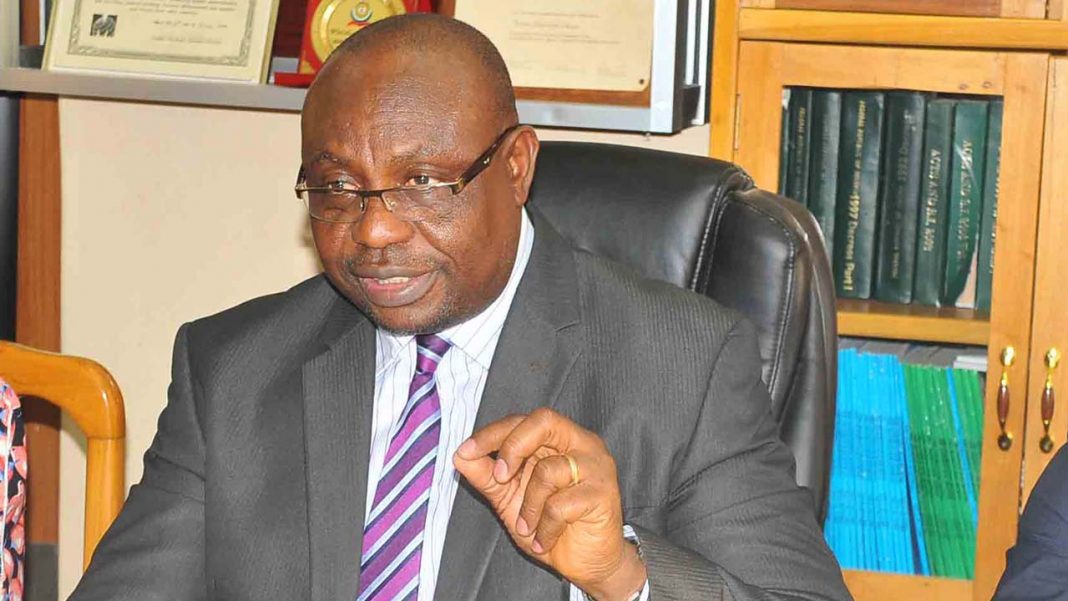 There are strong indications that the planned deployment of Electronic Voting Machines (EVM) for the November 6, 2021, Anambra State governorship election by the Independent National Electoral Commission (INEC) might have hit the rock.

It was gathered that the non-passage of the Electoral Act Amendment bill by the National Assembly before the end March as promised was a major impediment to the plan.

CityNews Nigeria learnt that the Easter break embarked on by the lawmakers would further delay the amendment process, as they would not resume plenary until Tuesday, April 13, 2021.

It could be recalled that the 8th National Assembly had passed the bill in 2018 and transmitted it to President Muhammadu Buhari for assent. But the President withheld his assent to the bill on the grounds that the proposed law would usurp the constitutional powers of the INEC to decide on election matters and would create “some uncertainty about the legislation to govern the process.”

The 9th Assembly, however, reintroduced the bill and it passed both the first and second reading in the House of Representatives in November 2020.

INEC National Commissioner and Chairman, Information and Voter Education Committee, Festus Okoye, said yesterday that if the electoral legal framework does not come into force at least six months before the Anambra election, the Commission would deploy the manual voting system.

Okoye explained that INEC is a creation of the constitution, stressing that all its activities must conform to and fall within the ambit of its constitutive instruments.

According to him, the processes and procedures for the conduct of elections are guided by and set out in the constitution, the Electoral Act, the rules, regulations and guidelines of the Commission.

His words: “Section 52 of the Electoral Act, 2010 (as amended) gives the Commission the power and discretion to determine the procedure for voting in any election. Specifically, Section 52(2) of the Act provides that, ‘Voting at an election under this Act shall be in accordance with the procedure determined by the INEC.’

“However, there are other provisions of the Act that affect the procedure for the conduct of elections and they have to be amended to allow the Commission unimpeded deployment of technology in the electoral process.

“For instance, Section 49(1) of the Electoral Act provides that, ‘Any person intending to vote with his voters card shall present himself to a Presiding Officer at the polling unit in the constituency in which his name is registered with his voters card’.

READ ALSO:   US Election: 'I Will Be President For All Americans', Says Biden On Victory

“Furthermore, Section 52(4) of the Act also provides that, ‘All ballots at an election under this Act at any polling station shall be deposited in the ballot box in the open view of the public.’”

Okoye insisted that all the above sections and other corresponding sections must be amended to allow for a seamless deployment of technology in the electoral process.

He explained that the timetable and schedule of activities for the Anambra governorship election was based on the existing legal framework.

He disclosed that the commission had interacted with companies that manufacture EVMs, adding that its ICT department was working out the modalities for the selection of the solution that suits Nigeria’s circumstances.

He, however, noted that while the Commission was engaging with manufactures of EVMs and making preparations for their procurement, it was conscious of the fact that the existing legal framework was based on manual voting.

He added: “It will be tardy and unconscionable for the Commission to be caught unawares in the area of technological solutions. So, we are not leaving anything to chance considering the fact that EVMs are specialised equipment that takes time to manufacture and configure especially given the reality of the pandemic that has affected the production capacity of most companies.

“If the Electoral Act is amended on time and the Commission is in good stead in the timelines for procurement of the hardware and software for electronic voting, then we will deploy for the Anambra governorship election.

“On the other hand, if the electoral legal framework does not come into force at least six months before the elections, then the Commission will look towards the Ekiti and Osun Governorship elections for the roll
out of EVMs.”

Meanwhile, Yiaga Africa and Centre for Transparency Advocacy (CTA), has thrown its weight behind INEC’s decision to reject the compulsory use of National Identification Number (NIN) for the Continuous Voter Registration (CVR) exercise.

Director of Programmes of the organisation, Cynthia Mbamalu, said that introducing new requirements for voter registration such as a compulsory request for the NIN not reflected in the Electoral Act could exclude some eligible voters, adding that it could also become a form of voter suppression.

“While the proposal made to the Commission to incorporate the NIN as a requirement for voters’ registration may have its merits, there are other means of achieving its purpose. For instance, with the rising need for a centralised database of citizens, INEC needs to build an inter-agency partnership with the National Identity Management Commission (NIMC),” she said.