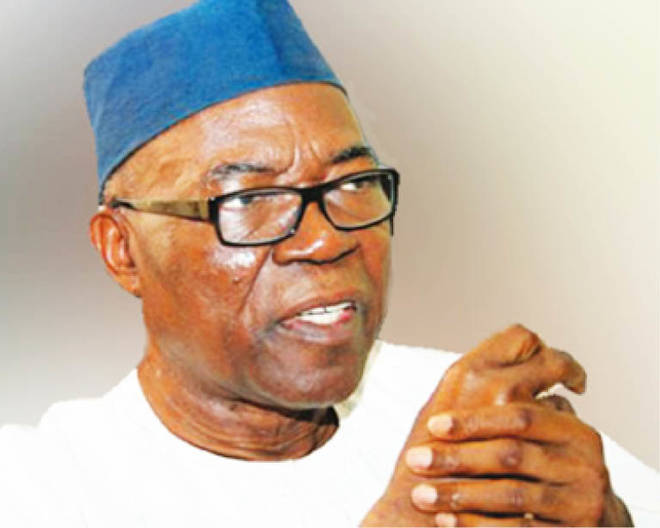 CityNews reports that the North-Central geo-political zone in the country has broken ties with ACF; the group has also announced it own group.

Prominent leaders from the North-Central geopolitical zone have announced their exit from the Arewa Consultative Forum, citing the worsening insecurity in northern Nigeria.

The leaders announced the formation of the North Central Peoples Forum as a platform to fight insecurity and marginalisation.

Addressing journalists in Abuja on Wednesday, the group said in spite of the abundant mineral and human resources in the zone, the North-Central was bedevilled by vices, like kidnapping, banditry and other forms of criminality.

The ACF currently has as its Chairman, the immediate-past Minister of Agriculture, Chief Audu Ogbeh, who is from the North Central zone.

The new North-Central group is being led by a former Minister of State for Health, Gabriel Aduku, who is the interim chairman.

Useni told journalists that the existence of similar groups in other parts of the country had given rise to group affinity and solidarity among the states in a particular geopolitical zone to canvass things of common interest.

He expressed confidence that the forum would unite the people of Benue, Kogi, Kwara, Nasarawa, Niger, Plateau and the Federal Capital Territory in their quest to ensure that peace and stability was established and sustained within the zone.

He added that the forum would pursue rapid industrialisation across all nooks and crannies of the zone.

He said the group would pursue policies and process that would ensure that the massive solid mineral and agricultural endowments were adequately harnessed.

He said, “The forum is also aimed at ensuring cooperation and support for the good policies and administration of the six governors of the zone, irrespective of our political, religious and ethnic differences.

“We will support and cooperate fully with the Federal Government for full and complete implementation of infrastructures, development projects situated in the zone and the involvement of the people of the zone in the national affairs of the country.

“We will promote, defend and strengthen North Central unity and the interest of its people in the context of one indivisible Nigeria and to contribute to the safeguarding of her territorial integrity.

“Consequently, every zone now has a common socio-political platform where they meet to discuss their strength and weakness with the view to propounding and promoting progress and development of the zone.”