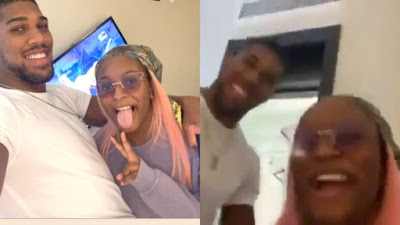 During a question and answer session via Twitter, a follower of the disc jockey asked who she has intentions of settling down with while suggesting the boxer.

“Who you wanna marry, AJ? #AskCuppyAnything,” the fan asked.

In response, Cuppy affirmed that the relationship between herself and the WBA heavyweight champion is just friendship while stating being open to a more serious bonding.

“Well,@anthonyfjoshua and I are just GOOD friends, but he would make a GREAT husband one day!” 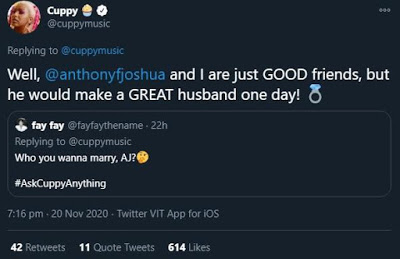