Home Opinion Is There A Need For Education In The North? 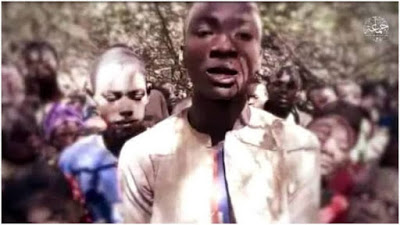 With the recent reports of the brazen attack on Government Science College, Kagara, Rafi Local Government Area of Niger State, following which a yet to be ascertained number of staff and students have been abducted by gunmen on Tuesday evening.

The question that comes to mind after the continuous attack on schools in the northern region is if it was necessary for education to still be made available in the north.

The seeming lack of that leadership in the crucial security sector is the basis of the present crisis that is taking on political, ethnic or regional coloration.

So the territorial integrity of Nigeria has been brought into question given the swathes of ungoverned spaces in parts of the country.

However, juvenile faces radiate innocence as they strive to acquire knowledge and chase their dreams. In their inquisitive eyes lie questions and ideas yet unexplored. Yet, they play round the walls of the schools that harbour and prepare them for a blissful future.

But life is no longer what it used to be. Fears, uncertainties and doubts have begun to perch on their faces, as they no longer know when they would be snatched away from their sleep. Schools are no longer spared from the onslaught of men of the underworld.

In December, some gunmen invaded the Government Science Secondary School, Kankara, Katsina State, abducted about 334 students. The Boko Haram insurgents later claimed responsibility for the attack on the school, but Governor Aminu Masari said the attack was carried out by bandits.

After a few days in captivity, they were released, but not without a slight drama. While the government claimed no ransom was paid for their release, the students said ransom was paid. Then the governor ordered that all boarding secondary schools in the state be shut down and some states in the Northern region like Sokoto and Zamfara also did same a few days after.

But just less than two months after that incident, the same fate has befallen students of Government Science College (GSC) Kagara, Niger state.

They were abducted the early hours of Wednesday. Governor Abubkar Bello of Niger put the number of abducted students at 46 and went ahead to shut down boarding schools in four Local Government Areas.

But the ugly development did not just begin recently. In 2014, about 276 girls were kidnapped from their school hostel in Chibok, Borno State. Boko Haram claimed responsibility for the incident. The girls were kept in custody. Relief only came the way of most of them six years after. Yet, some couldn’t make it out.

In 2018, Boko Haram struck again. About 110 girls were kidnapped from the Government Girls’ Science and Technical College. Dapchi, Yobe State.

As things stand, one can easily come to the conclusion that schools have not become easy targets for assailants as the country passes through a myriad of security lapses. Is there a need for having schools at the North if the President and Minister of Education can secure the lives of students?

Thousands Rally In US Against Coronavirus Lockdown Restrictions (Photos)

10 Things to Try Before Giving Up On Your Marriage

BREAKING:Kankara: We Were Told To Say ‘Boko Haram Kidnapped Us’ – Student [Video]