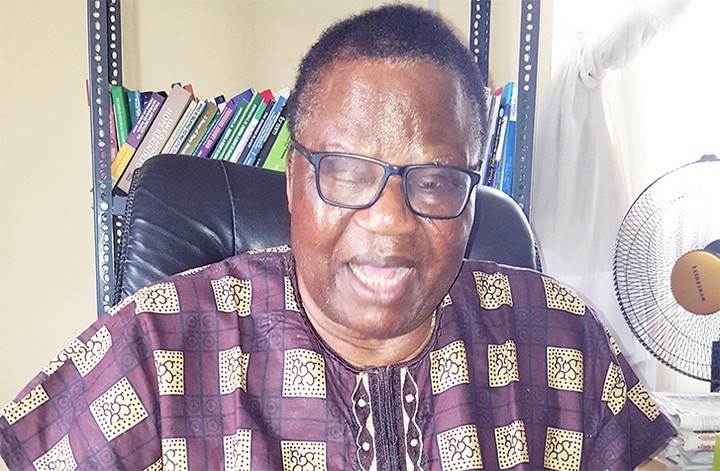 Prince Tony Momoh, a former Minister of Information on Monday said Governor Nyesom Wike of Rivers did no wrong by making a law and taking actions to enforce it.

Thd governor at the weekend supervised the demolition of two hotels in the state, an action that has generated divergent views from within and outside the state.

The affected hotels, Prudent Hotel, Alode in Eleme, and Etemeteh Hotel in Onne, were said to have been operating despite the executive order barring all hotels in the 23 LGAs of the state from opening for business to check the spread of COVID-19.

Speaking in a chat with Daily Independent, Momoh, a senior lawyer and one of the National leaders of the ruling All Progressives Congress (APC) said anyone who flouts laid down rules should be prepared to bear the consequences.

“Laws are made to be obeyed, rules are put forward to be obeyed. In these times when everybody is on edge, a lot of things happen outside due process”.

“But if a governor feels this is what I want in my state and give orders about the consequences of disobedience, taking it that the order he gives is law, anybody who disobeys it will bear the consequences”

“For instance, on the issue of kidnapping and armed robbery, the governor of Anambra and other governors decided that anybody who kidnaps or any house where a kidnapped person Is hidden will be demolished. Wrong as it may seem but that is the way they can address the issues confronting them”.

“I am the wrong person to pronounce judgement on a Chief Executive who is in charge of a state and knows how to govern it and then takes a decision and then enforces it”.

When asked if the owners of the demolished hotels can sue the state government, Momoh said “Why not? If they want to go Court, they can sue. But the fact is, why did they break the law? I have no sympathy for anyone who looks at the law in the face and wilfully breaks it”.

The Whitney Reopens With 3 Powerhouse Shows