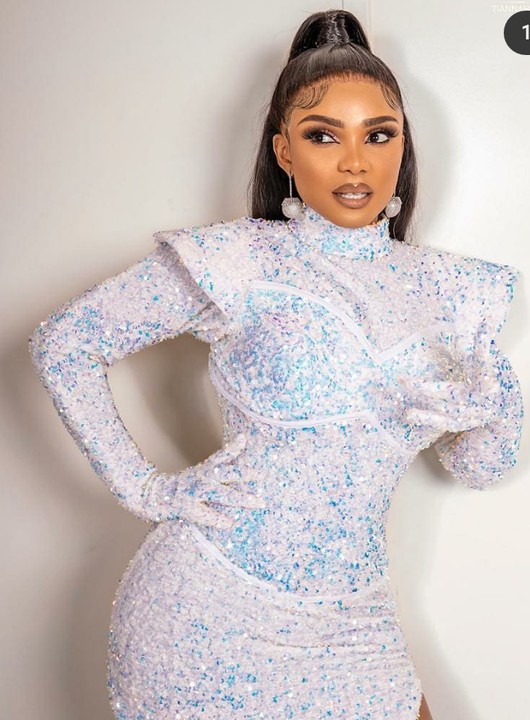 She’s done it again…Nollywood actress, Iyabo Ojo continues to win in this celebrity Supremacy battle between herself and colleague, Mercy Aigbe.

Ojo, a divorced mum of two emerged the winner of the best dressed at the event which held virtual and live at Eko Hotels and Suites, Victoria Island, Lagos, due to COVID-19 restrictions.

Although Mercy Aigbe wasn’t spotted at the event, Iyabo Ojo dazzled in angelic all white ensemble that actually stole the show.

She shared the good news on her page with the caption,
Guess the best female dressed & best hair at #14thheadies awards… We Won! @tiannahsplacempire Baddest Designer!���Going home with #250,000..Courtesy @lushhairnigeria,”

READ ALSO:   OMG! Meet the huge family of 14 which has quintuplets, triplet and two sets of twins