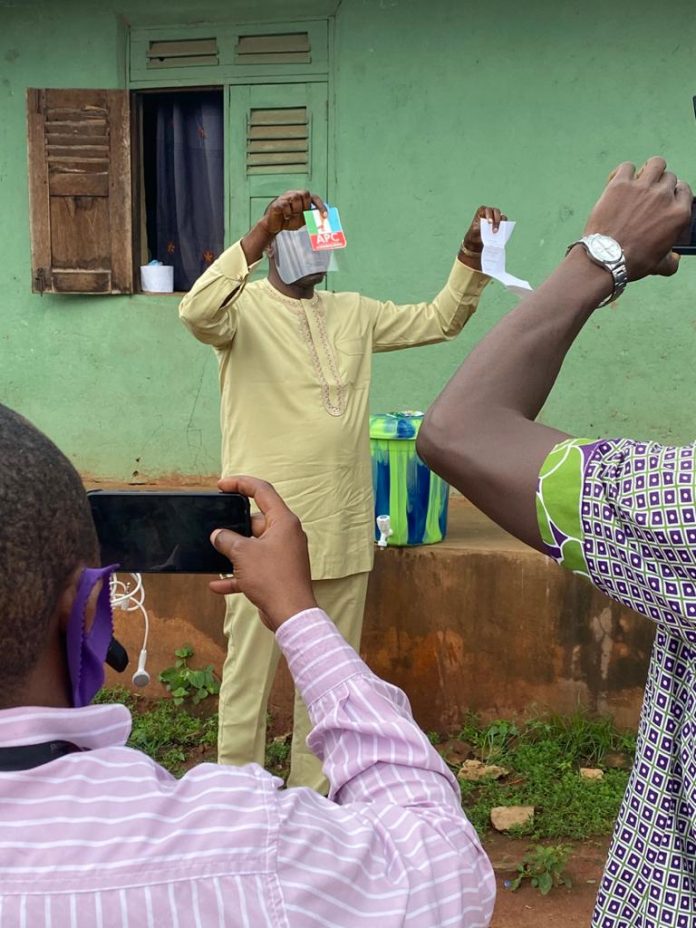 Iyamu cast his vote this morning at Ugboko Ward in Orhionmwon LGA of the state. Iyamu is rumoured to have the backing of suspended APC national chairman and former Edo state governor, Adams Oshiomole.

The primaries have been going on peacefully despite the crisis rocking the party.