Home Politics Ize Iyamu Sent Assassins To Kill Me, Because I Was Protecting Oshiomhole... 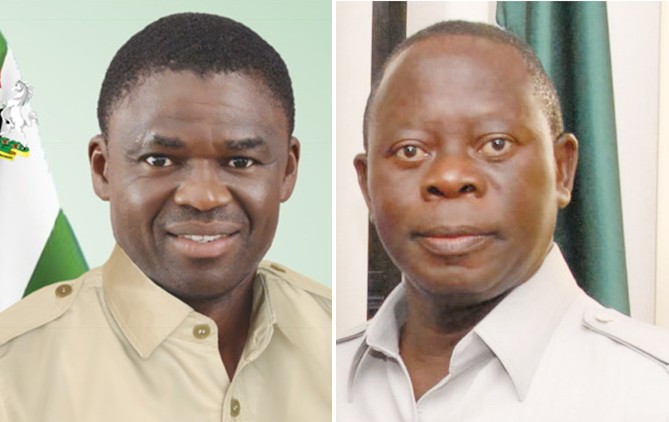 Torixus in today’s report detailed how Shuaibu’s family were purportedly involved in the harsh treat of political game that would have claimed Shuaibu’s life because of his hate towards oppression.

The attack was allegedly imposed by Izu Iyamu, just because the current deputy Governor of Edo state stood as a barrier between their alleged plan of impeaching Oshiomhole when he was a Governor.

“I hate oppression, when Oshiomhole was been oppressed, I fought on his side. I was injured, I was brutalized. I was attacked by assassins. They came to my house and the man that he is supporting as a candidate, Pastor Izu Iyamu was the one that sponsored these characters.

“At Edo house of Assembly quarters where I was living then as a member of the house, They shattered the house with guns, I threw my family through the fence. My wife and my children I threw them across the fence to the other compound. That was how they were saved. All in the name to save Adams Oshiomole from being impeached.” he said

Edo Deputy Governor, Philip Shuaibu while speaking with newsmen few days ago, said that the state Governor, Godwin Obaseki and the former Governor, Adams Oshiomhole had a problem, and Oshiomhole wanted to use him in dethroning the Governor.

He also talked about how he knelt down in plead asking Oshiomhole to forgive Obaseki for his own sake, who has fought for him for years.

In his statement, he recalled how he told Oshiomhole that he will use the same energy he used in supporting him when he was a governor to fight against any oppression towards Obaseki.

READ ALSO:   Ize-Iyamu To Obaseki: How Much Dollars Did You Pay PDP For Governorship Ticket?