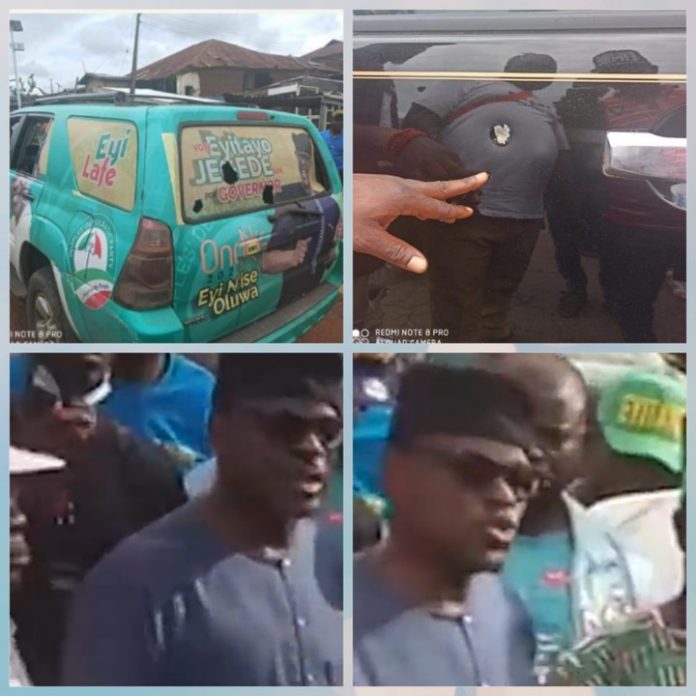 Jegede has protested against ‘attacks on his campaign vehicles by APC thugs’.

CityNews Nigeria reports that the candidate of the Peoples Democratic Party (PDP) in the governorship election in Ondo State, Eyitayo Jegede (SAN) Wednesday morning stormed the Police Headquarters in Akure to protest the attack on his convoy by political thugs loyal to the All Progressives Congress (APC).

According to cityNews sources,Jegede who was gutted with the action calls for a thorough investigations into the development.

We also gathered that Jegede submitted the video clip below as one of his evidences; 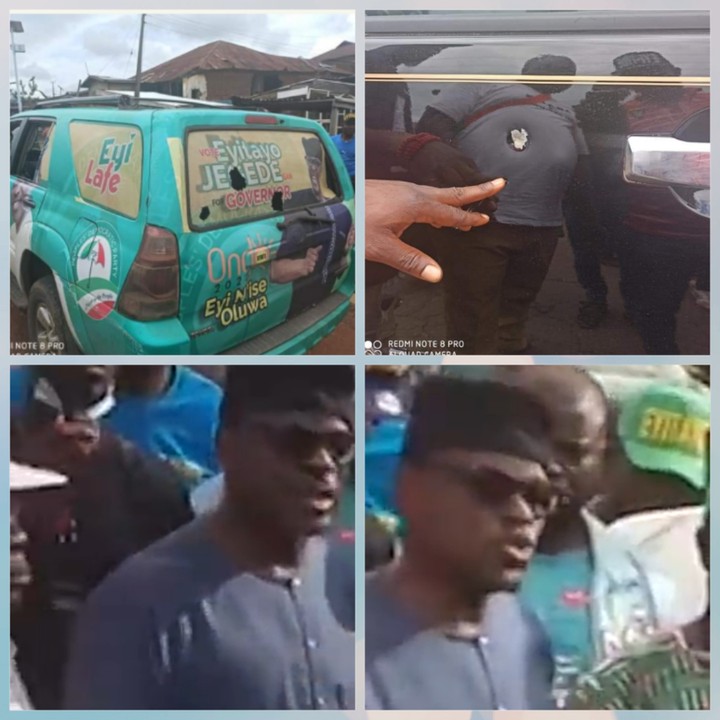