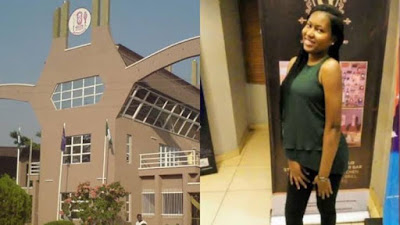 Two “key suspects” have been arrested in connection with the rape and gruesome murder of 100 level Microbiology student of the University of Benin (UNIBEN), Miss Vera Uwaila Omozuwa.

This was disclosed by the Edo state police commissioner, Mr. Johnson Babatunde Kokumo, when he played host to the UNIBEN Vice Chancellor, Prof. Lilian Salami at the Force headquarters, in Benin city on Monday.

In a statement made available to Campus Gist, the police chief assured that efforts were being made by the Force to bring all the culprits to justice.

Miss Omozuwa, 22, was raped and murdered right inside a Redeemed Christian Church in Benin city, on May 27, 2020 during her study hours.

Her death had stirred reactions from activists and notable figures, especially Nigerians on social media, seeking for justice and demanding a stop to rape in Nigeria.

Students of the University of Benin, friends of the deceased and members of the public had equally protested Omozuwa‘s death by taking to the streets of Benin city.

The University, in a statement, said it shares in the pain of the family of the victim. While commiserating with the bereaved family on the loss of their dear daughter, the vce chancellor prayed God to grant her soul peaceful rest.

A statement endorsed by the Public Relations Officer of UNIBEN, Benedicta Ehanire, Ph.D, noted that losing a child at this time compounds the hardship brought about by the coronavirus pandemic.