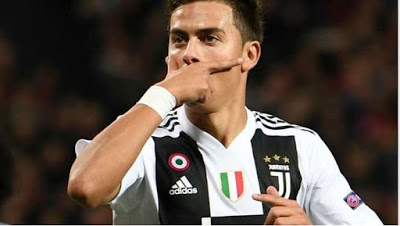 Juventus star Paulo Dybala has been given the all-clear over six weeks after contracting the coronavirus, the Italian champions confirmed on Wednesday.

“Dybala performed, as per protocol, a double check with diagnostic tests (swabs) for Coronavirus-Covid 19, which came back with negative results,” Juventus said in a statement.

“The player has, therefore, recovered and will no longer be subjected to the home isolation regime.”

Dybala, 26, was one of three Juventus players to test positive along with Italy defender Daniele Rugani and France’s Blaise Matuidi.

Rugani was the first Italian top-flight footballer diagnosed with the virus on March 11, but both him and World Cup winner Matuidi recovered in mid-April.

Dybala was diagnosed on March 22, along with his girlfriend Oriana, who recovered sooner from the disease, which has killed nearly 30,000 people in Italy.

SSA to Ex- Lagos Governor, Adeshina Sarumi calls out vendor who used his photos for...