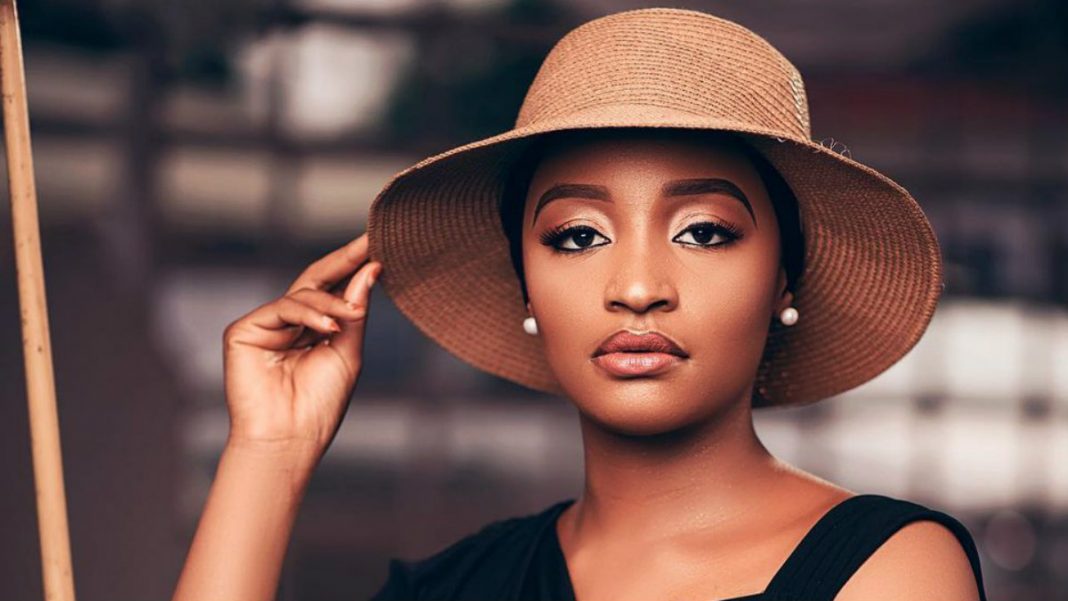 Rahama Sadau has clarified what she said about ‘Quitting Filmmaking For Marriage’. 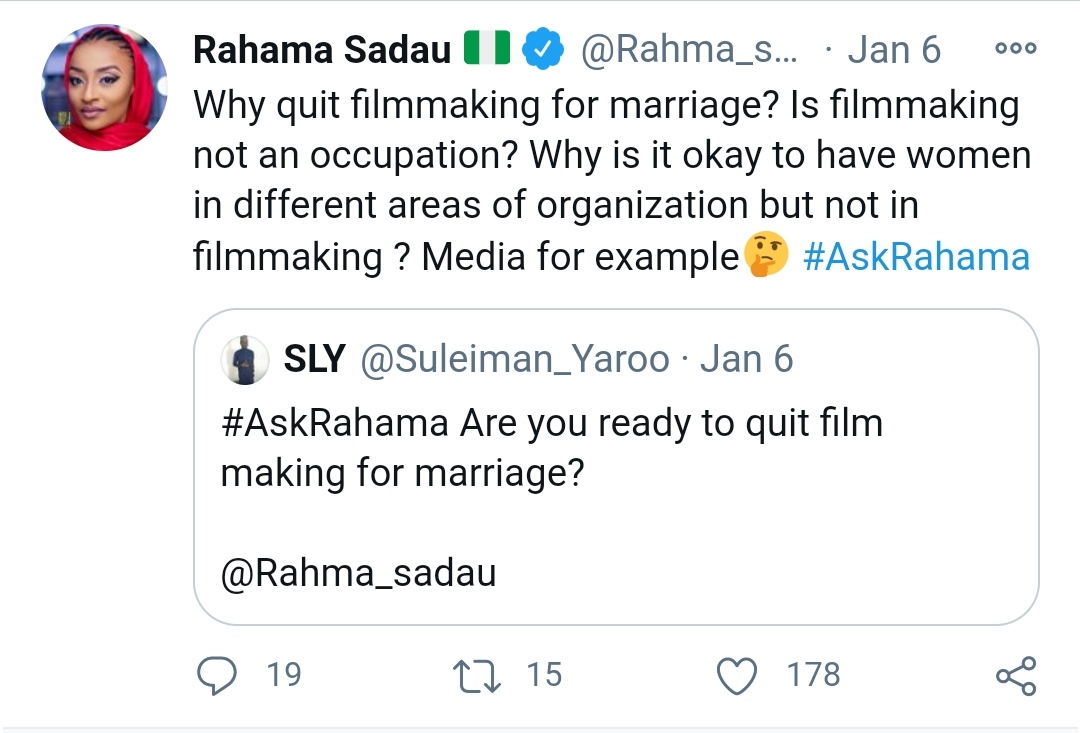 CityNews Nigeria reports that Kannywood actress, Rahama Sadau, recently spoke on marriage with her fans on Twitter and revealed that she would not leave filmmaking for it.

The movie star who hosted a question and answer session on her page gave fans the opportunity to ask her things about her they were curious to know the answers to.

Kunle Afolayan Releases Beautiful New Photos Of Himself And The Kids

A fan identified as Suleiman Yaroo then asked her if she was ready to quit filmmaking for marriage.

In response to the fan, Rahama asked why she needed to do that seeing as it is her job. She went ahead to ask why it seemed okay to have women in other organisations but not in filmmaking.

READ ALSO:   BBNaijaLockDown:I’m Attracted To You, But Not Physically - Erica Tells Laycon (video)

She wrote:
“Why quit filmmaking for marriage? Is filmmaking not an occupation? Why is it okay to have women in different areas of organization but not in filmmaking ? Media for example #AskRahama”

Rahama is perhaps no stranger to these questions and level of scrutiny owing that she is from the northern part of the country where they put up a conservative front.

What Valentine Truly Means: Has Buhari’s Love For Nigerians Waned?

We Are Not Going Anywhere – Tiktok Resacts To Trump’s Threat